Komoka Provincial Park is one of my favourite places to run. 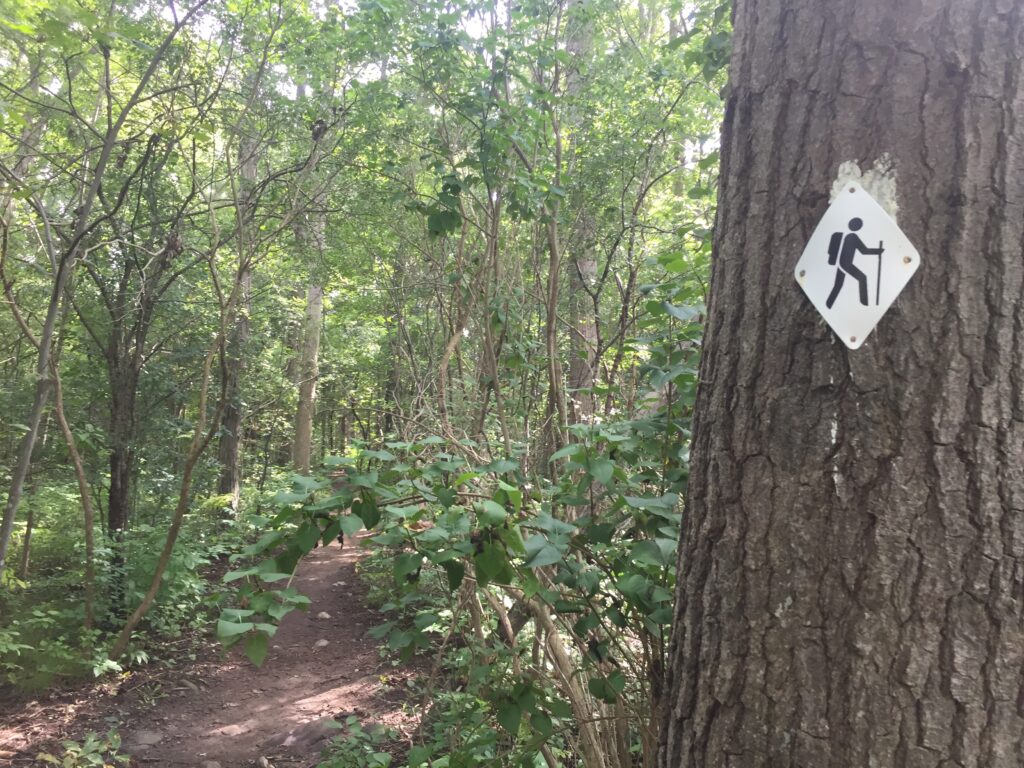 I haven’t ran the front portion of the trail, the one that starts on Oxford Road, in a while.

I have mainly been running the blue trail lately. But I felt like a change, and boy did I get one. 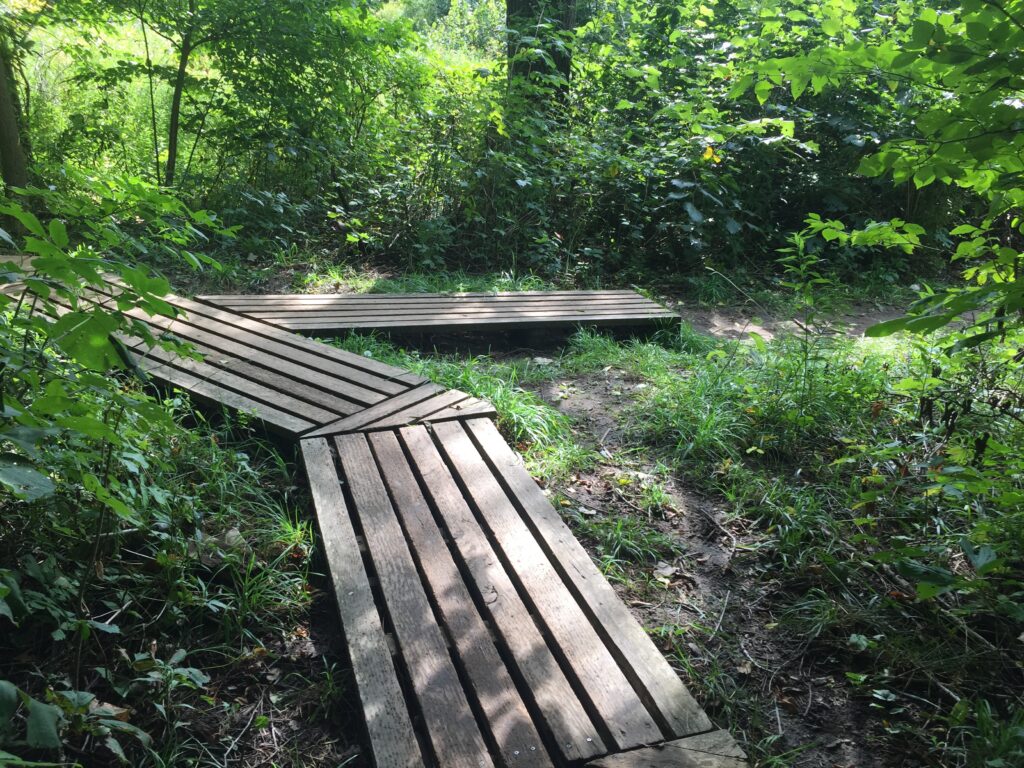 When I got to this little boardwalk, I was surprised to see a new section veering off to the right. I decided to take it and discover this new trail. 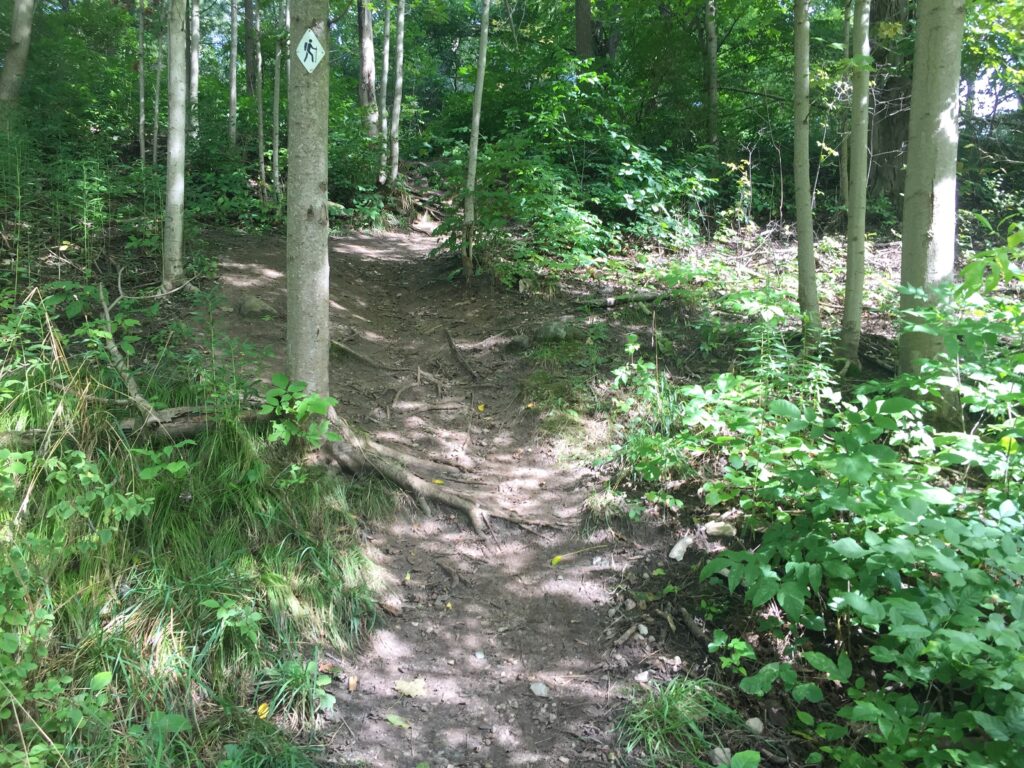 It went down to the river and I saw a few people taking advantage of the fishing there. I liked the hills that looped back up to the main trail. This little loop added one extra kilometer to my route today. 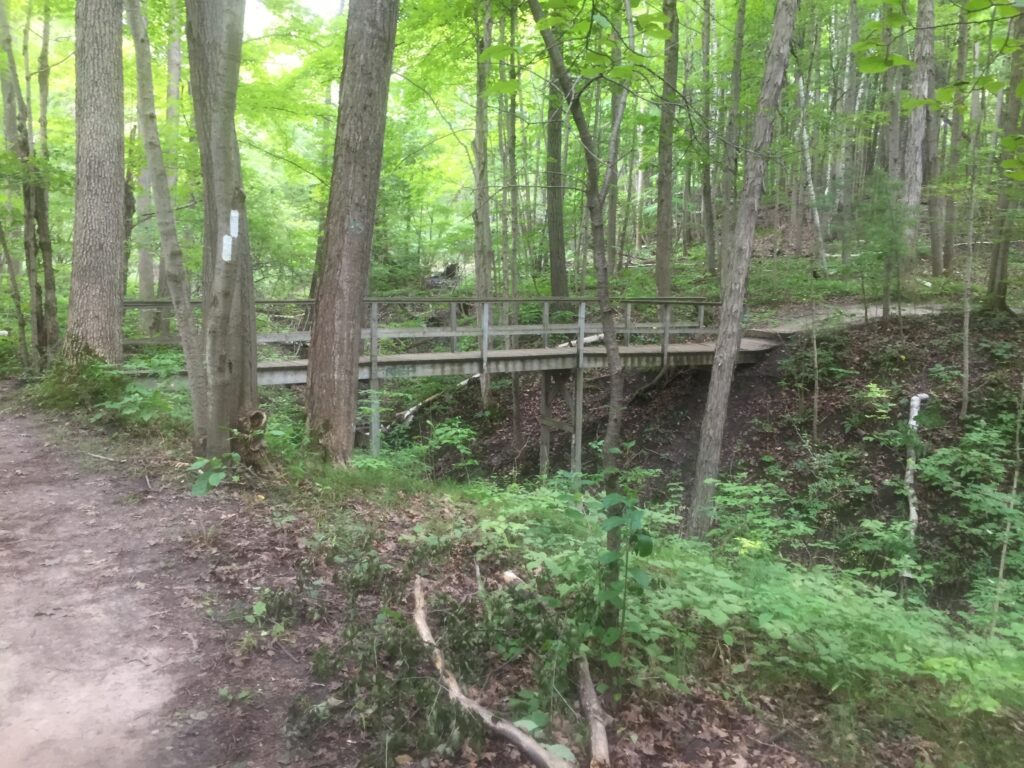 I used to just run the white trail but once I hit this bridge, I decided to make it a long run today. 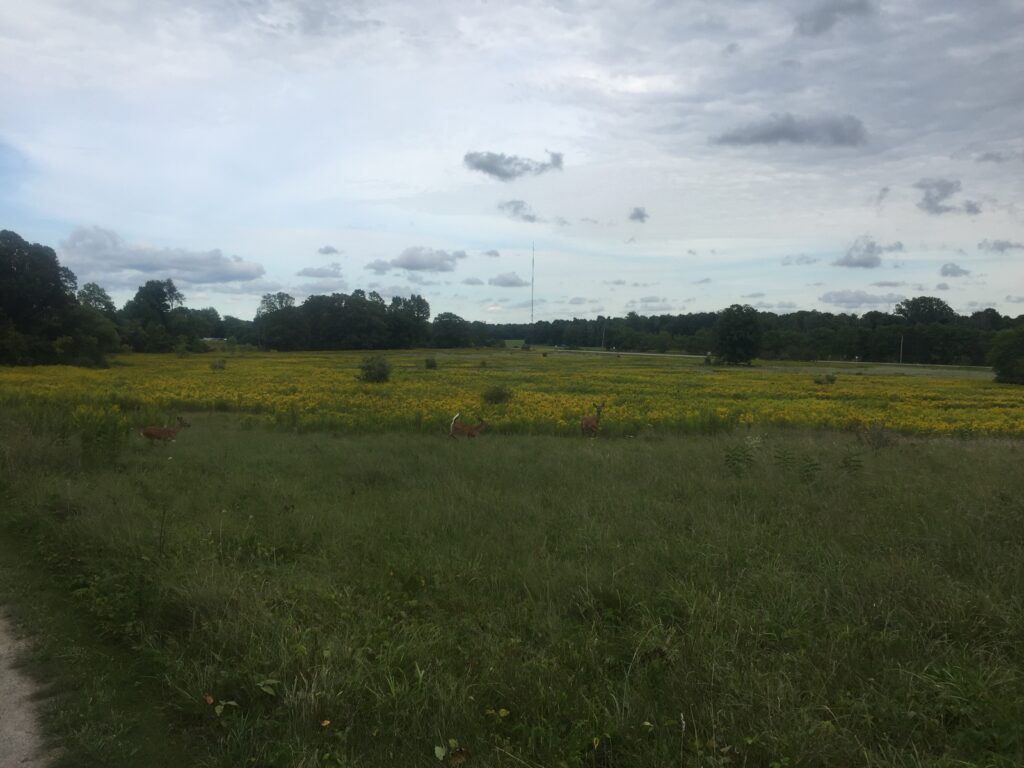 I noticed a deer up ahead of me and I stopped to take a picture. 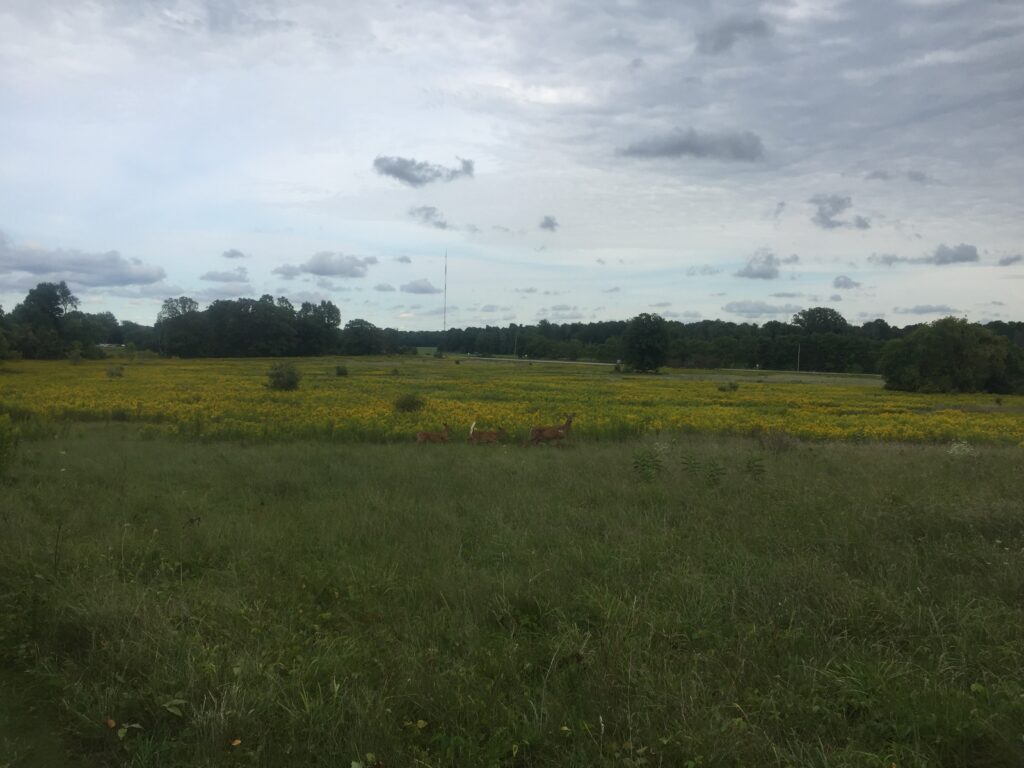 Two little fawns followed behind her when they saw that I stopped to let them be. 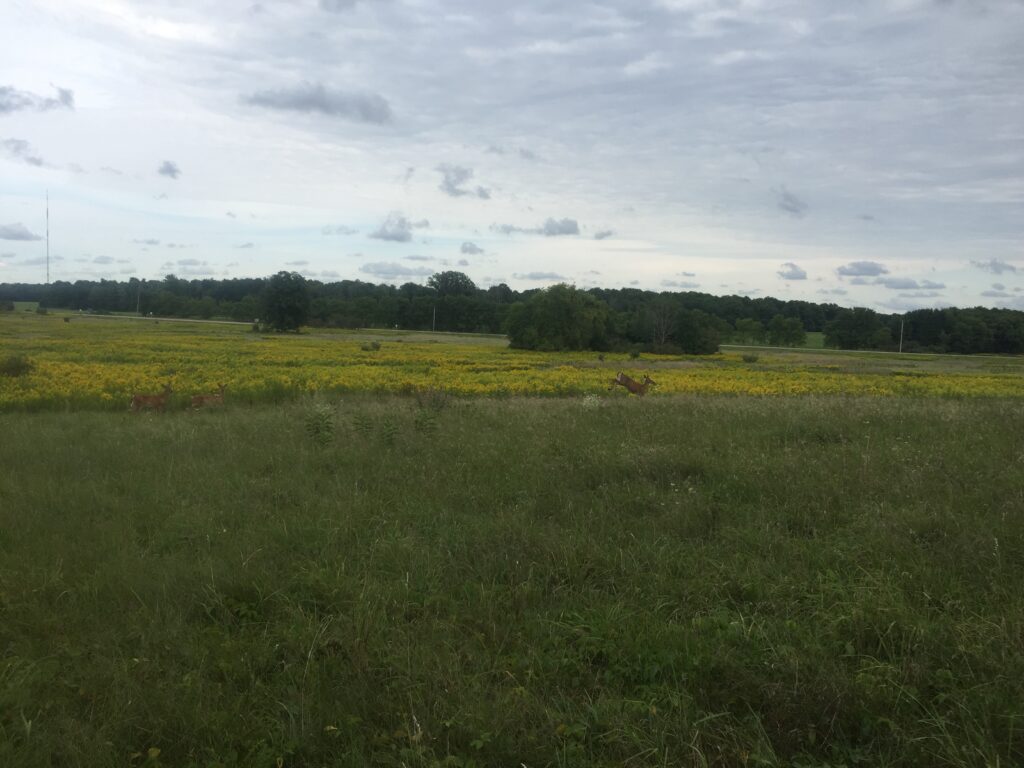 Then the mother deer took off running and her fawns followed behind. 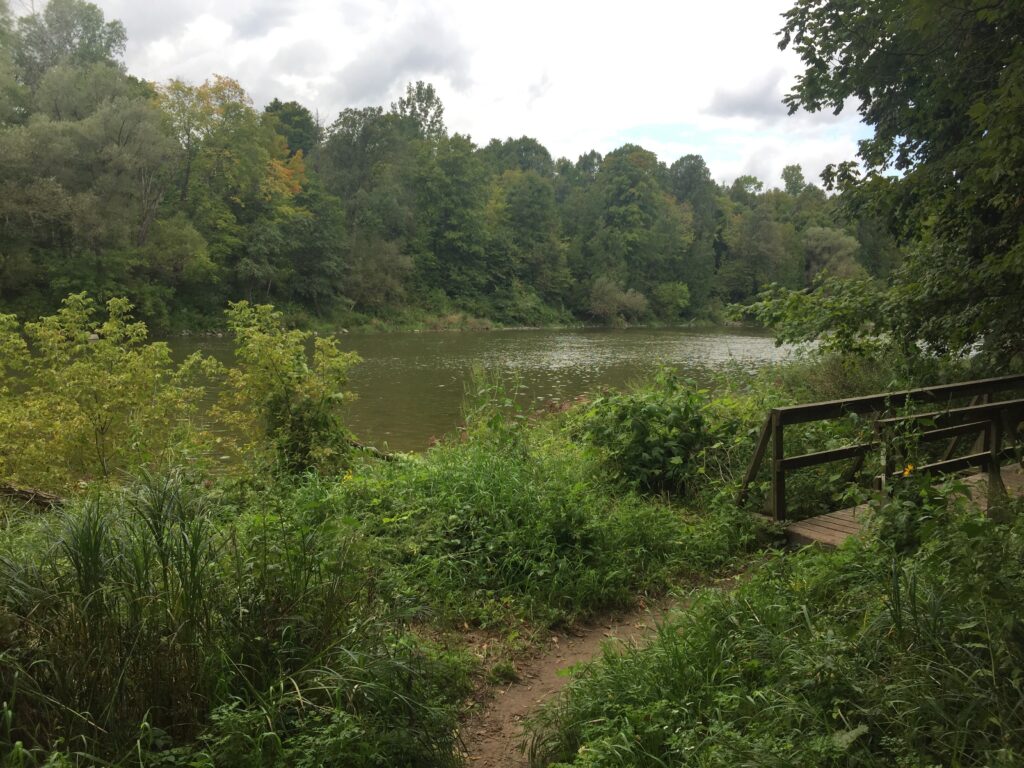 One note of caution if you plan to run this route, they have closed the parking lot on Oxford. I parked at Kilworth United Church and walked to the start of the trail. It’s the only place to park anywhere around there without having to pay to park in the Gideon lot.

Battered and Bruised By a Trail