Ice T went to a prestigious prep school in New York and taught a group of kids who literally knew nothing about rap music and hip-hop culture, how to write and perform their own rap song.

The best thing about the whole experience is that it was filmed for a television series on VH1 back in 2006.
Having one of hip-hop’s pioneers as a teacher at school would have been an amazing opportunity.

Ice T is far from your typical teacher. But he manages to show a kind and soft side to the students. He shares his passion for rap music with the kids and even brings in other artists to help him. I loved seeing MC Lyte mentoring the would be girl emcees.

I wanted to share this series with my music classes this year. I thought it would be a good introduction to the unit on rap I was planning on teaching later in the year.
For the first viewing, I showed 22 minutes of the program to the class. I then played them an edited version of an Ice T song so the students could compare and contrast what they saw from Ice T the teacher to that of Ice T the gangsta rapper.
We looked at the lyrics of “Power” and what Ice T was doing with his rhymes and content.

What can you tell me about the rhyme structure of this song?

Where does Ice T place his rhymes?

Why does he say negative things about the police?

Discuss how Ice T mentioned that he was involved with gangs in the portion of the TV show we just saw. He was writing about his own life. This was an autobiographical rhyme.
That was lesson one of the rap unit. You can download the Smartboard file and stream the entire series with the video player above. 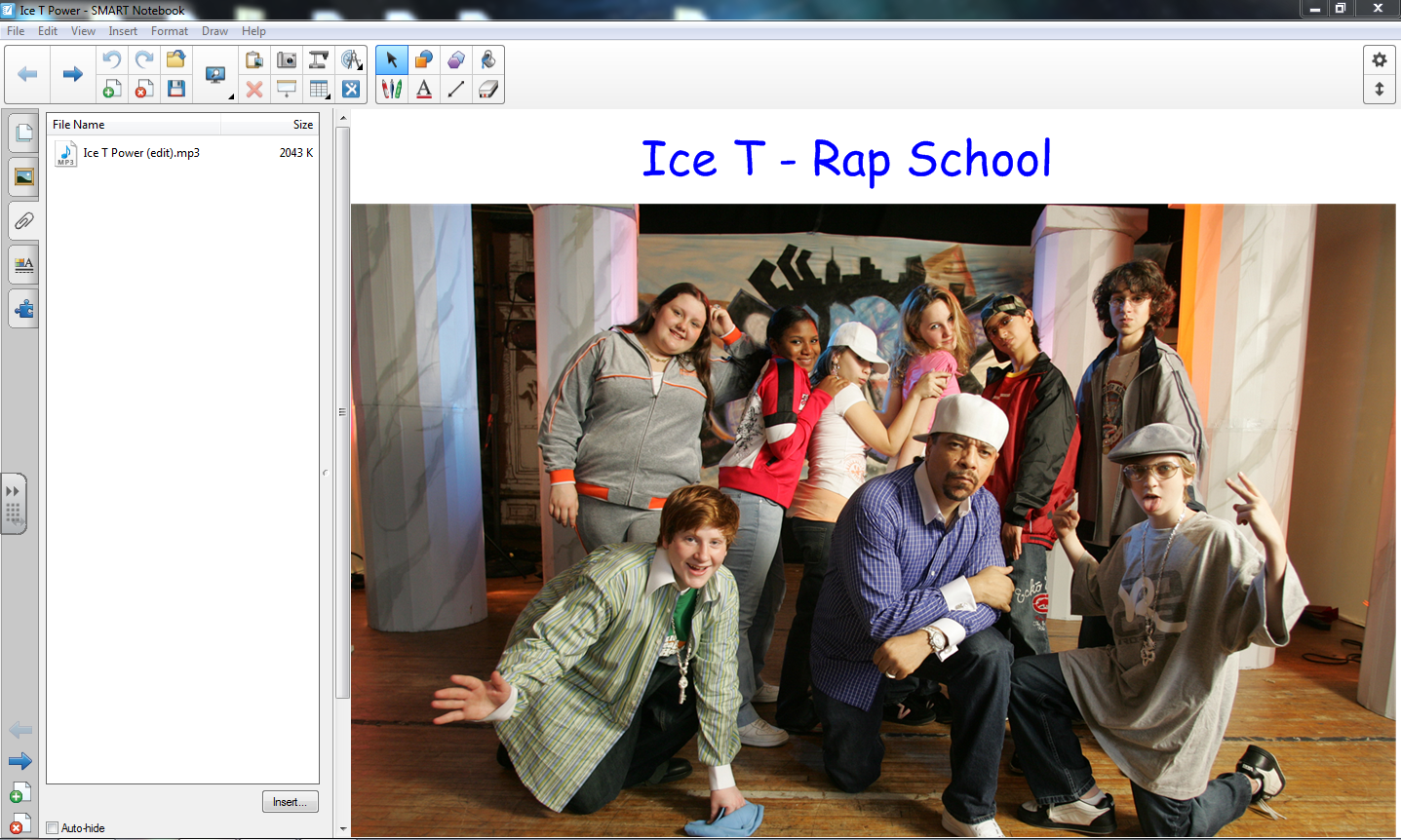 Here is a screen cap of the Smartboard file. If you click on the paperclip symbol you will see that I have attached an edited version of Ice T’s “Power.” You can play this file with your preferred player. I like to use VLC.

Just a note on the editing of the track. I removed an entire verse and one line that would have been inappropriate for school. So rest assured, even though this is a gangsta rap song, you can play it in class with no worries.

I hope your students will enjoy entering the world of rap music and hip-hop culture.

Stay tuned to this blog for the other lessons in this unit that will have your students writing and performing their own rap songs in small groups. Much like what Ice T did with the students in his rap school.

Random Name Generator for Your Smartboard

Too Attached to Image