Television has always been free.

All you needed was a television and an antenna. 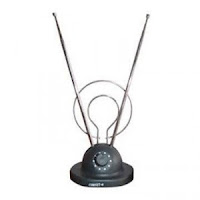 The networks could deliver quality programming by allowing corporate sponsors to advertise on their shows. This quickly turned into commercials. Now, it is standard practice to have our programs interrupted every ten minutes so we can watch a slew of advertising spots.

But then someone had a brilliant idea – convince people to pay for something that they had always gotten for free.

A whopping 90% of Canadians pay for television by subscribing to cable or satellite services. I once counted myself amongst that hoard. A few years ago, though I cancelled my cable and I haven’t looked back.

Now, I am among the 1 in 10 Canadians who rely on free over the air reception. However, I keep seeing these commercials reminding us (the 10%) that our TVs may just show static in less than two weeks. 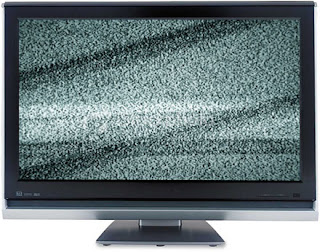 If we want to continue uninterrupted service, we need to buy a convertor box or subscribe to cable or satellite. Of course, these commercials have been running for over a year. I thought I was prepared for the switch that happens on September 1st because I bought this digital antenna.

It looks like a cutting board. It’s so strange, but it is designed to pick up both analogue and digital television signals. So far, it is working great for me. I hope it continues to work when the analogue signals stop.

Of course, my other big worry is that I will no longer be able to tune in the CBC.

The Canadian Broadcasting Corporation is our national station and it is financed through tax dollars. I love watching Canadian productions and local news. I think it is an invaluable resource.

Although we don’t have a local station for each large city in Canada, those of us in Southern Ontario get a feed from the Toronto station, and that is completely fine with me.

The problem is, the national public broadcaster does not have the budget to convert all of their signal towers to digital. 16 communities that currently receive the CBC over the air, may not get any signal come the first of the month. The neighbouring cities to Toronto may be out of luck, including Kitchener and London.

I hope that the CBC will be allowed to continue broadcasting in analogue for the time being so my signal won’t be interrupted.

I hope my digital antenna will work for me as well.

But I guess I am just going to have to wait and see.

What Happened to Pan and Scan?

Some Trek is Better Than No Trek