This was my weekend project. I know some people will think I am strange but I saw this toy car on sale and knew what I had to do. 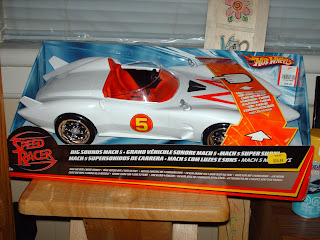 I’ve never been a fan of Speed Racer but I have been a Batman fan for as long as I can remember. In fact, one of the few toys I still have left from childhood is this old Justice League Batmobile. 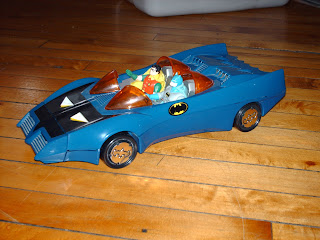 I’ve been searching toy stores for a Batmobile just as cool for some time now. I haven’t been able to find one where you can just easily put the figures in and zoom the car around. I remember having so much fun with the above car and I wanted to share that feeling. 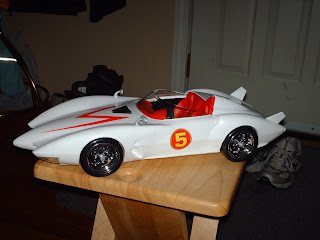 So I looked at this Speed Racer car and thought, hmmm. I could paint it to look like a Batmobile. I wanted to use model paint for it when I saw the warning about cancer-causing chemicals I realized that I couldn’t paint a child’s toy with that kind of paint. So I bought spray paint instead.

I prepared the car for painting. 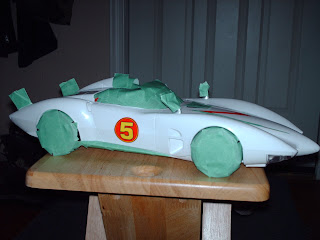 I painted it black first. 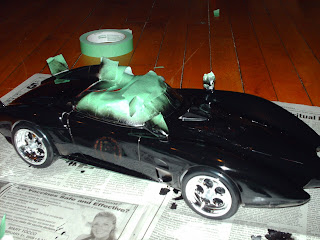 I left two red stripes on it as a throwback to the old 1960s television version of the Batmobile. 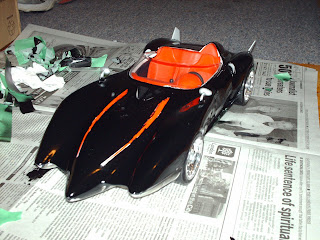 Next I added some yellow highlights on the running board and tail fins, I put stickers on the side, and I then put in the latest Batman action figure. 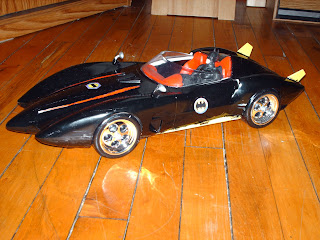 It’s not perfect. I wished I could’ve used model paint so it could be more detailed and have a nice even finish. But I think it turned out okay. 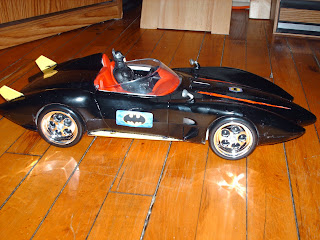 I know, strange weekend project. But I know the kid who gets this is going to love it. He will have a completely unique, one of a kind, Batmobile. Nothing much cooler than that.

Winterlude Lights Up the Night