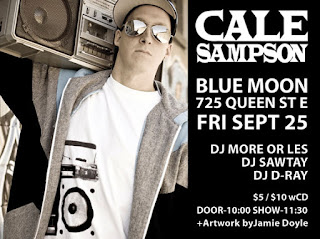 I went to this show on Friday and had the opportunity to sit down with Cale Sampson for an in-depth interview. The interview will air next weekend on DOPEfm. Please stay tuned to my blog to download the podcast for free and read the transcript of that interview here next week.

In the meantime, here is a review of the concert. 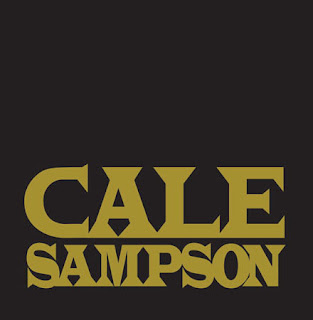 The show was celebrating the release of his solo album. The album is unique in that it is a double disc. The first disc is the traditional album while the second disc features some of his older demo tracks. The demos sound just as sharp as the album and they fit together perfectly.

A steady stream up people piled into the club as Daddy J and I sat down to interview Cale Sampson. A few people were so excited to see him that they didn’t actually realize that he was being interviewed for the radio. We took it all in stride though. Cale obviously connects with his fans and the club was definitely hopping when he took to the stage. 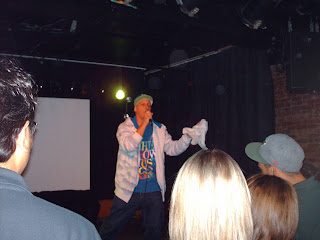 You can see a video screen behind Cale Sampson. Just before he started rocking for the crowd, he premiered his newest video and it was quite good. Hopefully it will end up on rotation at Much Music. The song is called “Never Had a Choice” so you can go and request it to help. 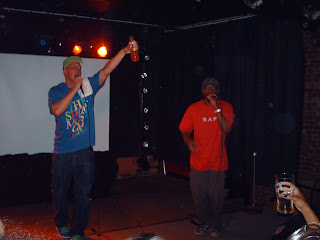 The first guest of the evening was fellow Rhythmicru member More or Les. They played a few songs together and hyped up the crowd even more than it already was. 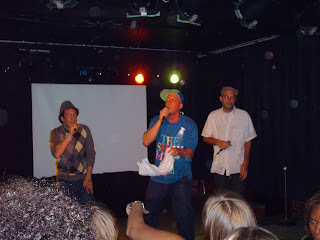 More members of Rhythmicru join him on stage. On the left is D-ray who is an amazing producer as well as an emcee. They threw down some nice songs together. 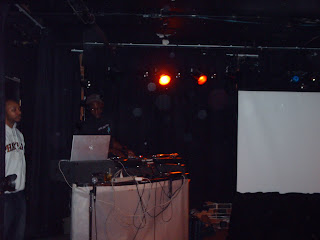 DJ Sawtay manned the ones and twos all night long. Beside him is legendary producer DJ Merciless.

It was an amazing show and it was great to see such a large crowd out to the event. Cale Sampson definitely didn’t disappoint. He put on an energetic show, captivated the crowd, and spread some love to the artists and producers who were in attendance either in person or in spirit.

Make sure you tune in DOPEfm 93.3 CFMU Hamilton next weekend to hear the in-depth interview as well of some of Cale Sampson’s songs. If you’re not able to listen to it live, I will be putting up a link here next week for you to download the podcast for free. I will also be posting a transcript of the interview. I hope you enjoy it!