I love reading comics. I pretty much always have a graphic novel on the go. Here are the latest ones that I have read. 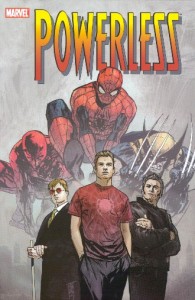 I was pleasantly surprised by this story set in an alternate universe where there are no super-heroes. Peter Parker was still bitten by a spider but instead of becoming Spider-Man, he gets a limp arm instead. Matt Murdoch is still a blind lawyer, but doesn’t have his heightened senses. Wolverine doesn’t have retractable claws but he does have knives that are quite similar and he has been trained to kill.

These three characters are tied together by a therapist who has glimpses of their more colourful lives in an alternate reality. He feels as if he knows them somehow and he does his best to help them.

It’s an interesting read and well worth your time. 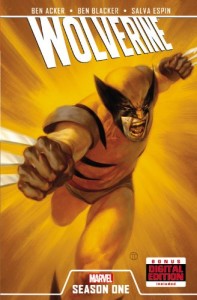 This graphic novel is part of a series that focuses on the early days of the super-heroes we all know and love. It’s an origin story that sees Wolverine going head-to-head with The Hulk, Wendigo, and The Weapon X program. That’s exactly what I wanted to see and I liked the new take on familiar territory. 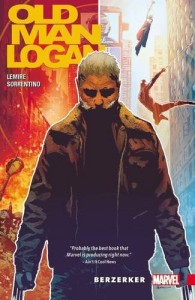 Wolverine is an old man. He has a family now and has given up being a super-hero. The world is a dark place and he is doing his best to survive in it. So, when he suddenly finds himself back in the past, he believes he was brought there for a reason, to get the world back on track and avert the post-apocalyptic world that will surely come to bear if he doesn’t act.

To the outside world and the current superheroes though, he seems like a fanatic who is just on a killing spree. And it seems like he might not come from the same timeline as all of them either. This is part of an on-going series and it is interesting to see an older-adult charcater in mainstream comics.

The Ultimate Guide to Book Publishers by Jeff Herman