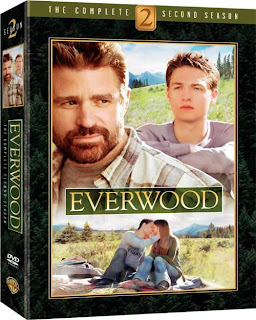 Everwood is an amazing television series. I can’t say enough good things about it. It is powerfully written and has amazing actors and performances.

I bought Season 1 on DVD as soon as it was released and waited for the other seasons to be released. I waited a long time. It looked like they weren’t going to release any of the other seasons.

So I caved in and bought an unofficial complete series set online. I really enjoyed being able to watch the entire season again. It was just as good as I had remembered.

I decided to share this series with my girlfriend and she is hooked. We’ve been working through watching the whole series together but came to a snag near the end of Season 2 last night. The final three episodes would not play properly. Witgirl was upset about it, but I told her the same thing happened to me last time I tried to watch it. I had to settle for going online to read the transcripts.

She wasn’t overly excited about that prospect and I can’t blame her. I wanted to watch those final three episodes of Season 2 again as well. So I was hoping I might be able to find them online somewhere to watch. I searched “Everwood season 2” on Google as was really surprised to see that it had just been officially released.

I wasted no time and ordered it. It should be here in less than a week. I know that I can’t wait to own this season, see the extra features, and finally get to watch those last three episodes again.< You can order your copy from Amazon.ca or Amazon.com

This series is well worth the purchase. And hopefully, if enough people buy it, they will officially release Season 3 and Season 4 as well.

I know that I have watched this series now several times and I never tire of it. It is perfect television and is without a doubt, my favourite television series of all time.

Whatever Happened to Commitment?