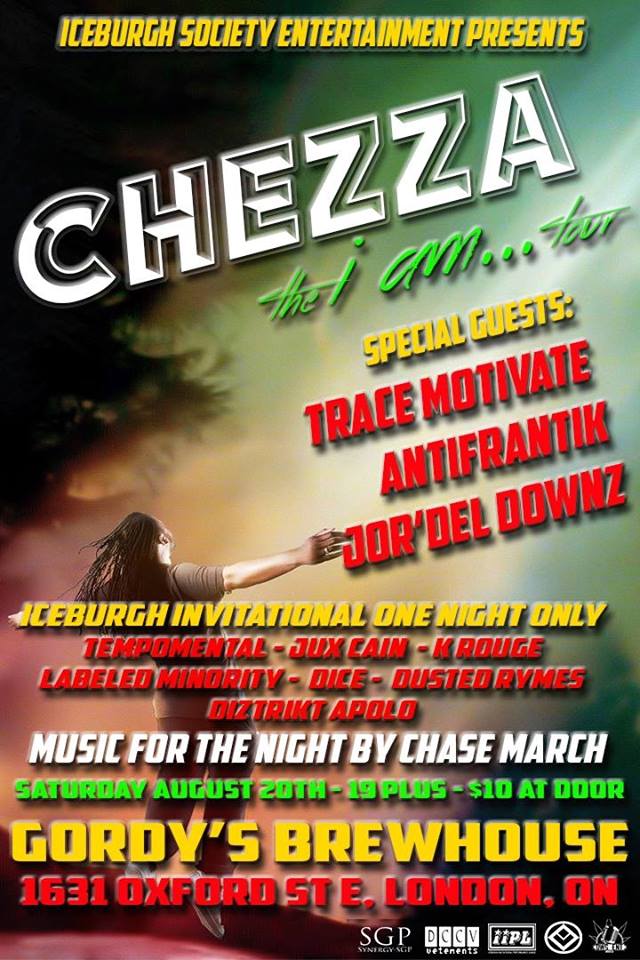 With the formation of IceBurgh Society Entertainment, CheZZa has grown within himself as well. As he is a member of Blaq Roche, within the group he helped form his voice, which has begun to bring about a new change to his music, and to the way he views the world.

CheZZa went from making music to please the masses, to now making music to heal the masses, and becoming the newest voice for the voiceless, and the new head to the headless. IceBurgh Society Entertainment is a reflection of this change, and it is only the beginning.

From his days of opening for Hip Hop groups such as D-Sisive, ONYX, Merkules, Snak the Ripper, JD Era and Rich Kidd just to name a few, he has begun to separate himself from the constraints of the Hip Hop genre so that he could become what he feels is needed in the world and our society.

Stay tuned for the newest wave of CheZZa, and open your mind and ears to the true new world order, which will be lead by CheZZa and the IceBurgh Society.

Become a DJ With Just Your Computer