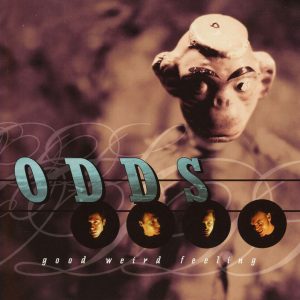 I think Good Weird Feeling is the best album ever released. It is by a group called The Odds.

This album is absolutely amazing. It is one of only a few albums in my collection that I never seemed to get bored of. I can listen to it no matter what my mood.

When it first came out I listened to it all the time. I can sing along to every song on it. Now that it is over 15 years old, I still listen to it often.

In fact, it has been in heavy rotation since I got it. I listen to it several times every year. I don’t think I can say that about too many of my albums. As such, I think this is one of the greatest albums of all time.

My brother is a huge fan of this Canadian rock group as well. He actually signed up for The Odds mailing list in the 1990’s. They mailed him tickets to an exclusive concert in Toronto for the release of the album after this one. It was the coolest thing in the world. They were quite a large group at this time because this album was a huge success. As such they were billed as Nigel the Cat at the venue so no one would know that it was actually an Odds concert except for the industry folks and fans that were personally invited.

Good Weird Feeling is my favourite album by the Odds. The songwriting is witty and comical. The songs really rock and have a timeless feel to them. This is by far my favourite non-rap album of all time. This is the second most important piece of my entire music collection. The first being, Run-DMC’s Raising Hell.

*This is an updated version of a previous post. I knew that I need to rewrite it slightly and publish it again because I still feel the same way about this album even 15 years after the fact. I just finished listening to the entire album and I never once felt the urge or desire to skip a track or switch discs. That is saying a lot.

If you haven’t heard this album, do yourself a favour and go check it out.

Maybe Too Much (on WIB Rap Radio)