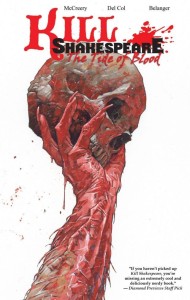 This comic features a fictional world where all of the characters of the Bard’s work exist in one time and place. It is a brilliant concept and executed perfectly. This is the third edition of the on-going trade paperback collection.

William Shakespeare is one of the characters in this series. Many people believe that he is a myth, but a few know that he is real and want to seize his power. They believe that with his pen they can be the ultimate ruler of the universe.

Prospero captures Shakespeare near the end of this comic and steals his quill. They both leave the fictional world and crossover into the realm in which Shakespeare creates, and it wasn’t what Prospero was expecting. 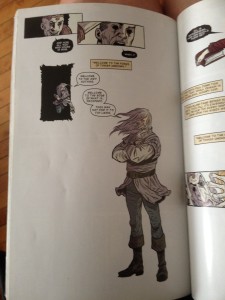 Shakespeare call this realm “The Airy Nothing” 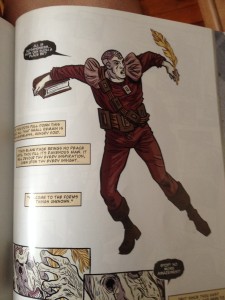 Prospero is ultimately lost in the world of the blank page. It’s overwhelming. He tries to create something, but fails. What he envisioned for his perfect creation in the world, he simply can’t make happen in the chaos of nothingness.

This was such a powerful scene and a great payoff for reading three collected editions of Kill Shakespeare. I was expecting the series to conclude because of it. It was a perfect ending point.

It turns out, it was only the end of the chapter, not the series. Just like the works of Shakespeare, the works of this comic are strong and bound to continue for sometime.

Toronto Sounds Terrible (And it Shouldn’t)

There is an Art to Asking