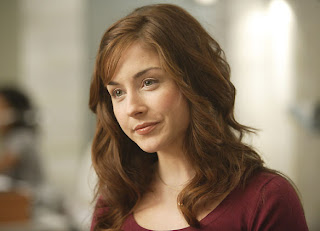 The season finale of Being Erica was on last night. All I have to say is “Wow!”

This show didn’t let me down at all this season. I knew it had potential when I first saw it and I’m glad to say that it lived up to it. You can see my original posting about this show here.

The show is really hard to explain in my own words. I have tried to do it a few times here and failed horribly so here is how it is described on the network’s website,

In BEING ERICA, life changes forever for over-educated and underachieving Erica when she meets Dr. Tom, a mysterious therapist who takes her back in time for a chance to do over those life defining moments with the foresight and wisdom of seeing how they played out. From prom nights and first kisses to job interviews, Erica’s list of regrets has accumulated to the point where she must act now or forever accept her mediocre life.

The show is really smartly written. The mysterious therapist doesn’t really own an office in the temporal sense. Erica magically finds herself in his office by going through regular doorways. Dr. Tom is a bit of an eccentric character and Erica didn’t understand why he chose to help her.

He said, “Why not you? Is your life so insignificant?”

After that she accepted his strange method of therapy. Since then, she has gone back in time to relive her regrets and make some much needed changes in her life.

Last night’s episode was near picture-perfect television. It wrapped up the season in such a way that I was starting to think that it was series finale and not just the closing of the first season. But never fear, the show has been picked up for another season and it is also starting to air in the USA as well.

Without giving too much away, in last night’s episode, Erica betrays Dr. Tom’s trust. I understood why she did it and frankly, I probably would’ve done the same thing in that position. Dr. Tom is absolutely furious with her and it is a side of his character we have never seen. He lets her go back again to undo the wrong and she does. Things work out perfectly and we can see that she has really learned from the experience. Her whole family even benefited from it. It was amazing to see.

The show didn’t end on that note however, and I am fiending for the new season. Fall is just too far away.

You can watch the entire first season of Being Erica for free from the CBC site. Unfortunately you need to live in Canada to view the episodes, which I think is ridiculous. I wrote about this yesterday. The world wide web should be world wide. The series maybe available elsewhere so if you can’t see it at this link, please search for it. It is worth it.