So I’d been hobbling along for a few days. Days that just happened to be amazingly beautiful and sunny. Days that practically called me to get out and be active. Days that teased me because my bruised and swollen ankle prevented me from doing so.

The good news is that my girlfriend was doing some house-sitting for a friend. The house was equipped with digital cable and a widescreen television with surround sound. Dana brought her Wii over as well, hoping that we could play some video games together to give us something to do other than simply watching television.

The problem is that I’m really not that in to video games. We played Mario Kart for a while but I quickly lost interest. I also had no desire to play Zelda, or the other few games that we on hand. So we went to the video store to rent a game that we would both enjoy. 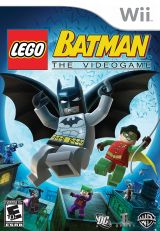 We decided to pick up Lego Batman. It sounded like something I’d enjoy. I was looking forward to trying it out but we were both deterred by what they wanted to charge us to rent the game for a week.
$11.00 seemed a bit ridiculous. Especially considering that you could buy the game for $19.99 just down the street.
So we headed out to go and buy the game elsewhere. That was the plan at least.
But when we got to the store, I saw this. 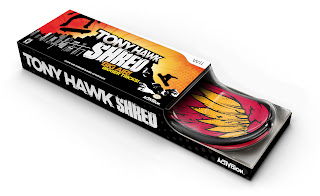 I’d seen it before and even played it once. It was the class Christmas party and one of my students brought in his X-box and the skateboard controller for the Tony Hawk game. We all had a lot of fun playing it that day.
So here I am at the store holding the box like a little kid in a toy store. “Please! Can we get it? Please?”
“It comes with a skateboard. You stand on it to do the tricks. It’s really cool!”
“Please!”
Of course, we weren’t planning on spending that much. We went from thinking $11 was ridiculous to “Woah, let’s spend $50!”
But the $39.99 price tag was definitely a good deal. I remember seeing it for $99 about a year ago and some games without the hardware were actually that much alone. Plus, we both knew I’d enjoy this game.
So Dana and I pooled our money together and bought it. Our first joint purchase. That’s commitment right there.
We’ve had so much fun playing it these past few days. I’m sorry that we have to move out today. It was like a mini-holiday house-sitting here. I’ve enjoyed the widescreen television, surround-sound, cable, and this super-cool video game.
Next time on Silent Cacophony, we take a closer look at Tony Hawk: Shred for the Nintendo Wii and how awesome it is.
See you then!

First Trail Run of the Year