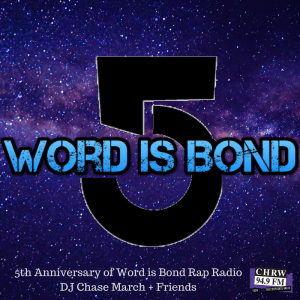 Labeled Minority, Tempomental, Sankdafied, The Mighty Speak EZ, and DJ Hullewud were all in the house to celebrate live on the radio. I spun tracks featuring 5 MCs on them and even gave away packs of 5 Gum to celebrate.

Thank you for five years! It’s been a blast!