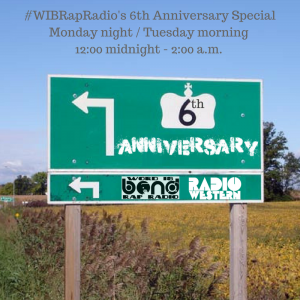 Word is Bond Rap Radio took to the airwaves in March of 2012.

This week we celebrated our 6th Anniversary by spinning music from 6 years ago or songs that were track 6 on albums.

We also pay tribute to Craig Mack, who passed away last week by playing a new song that he is featured on. We follow that up with the classic track that launched Bad Boy Records back in the day. He will certainly be missed.

Stewie was also in the studio to talk about his fundraising concert going down this Friday in London. Ontario, Canada.

I had a blast live on the air this week celebrating this milestone. I hope you enjoy the podcast!

Where The Ladies At?

Know Your History 32 – The Famous Sample