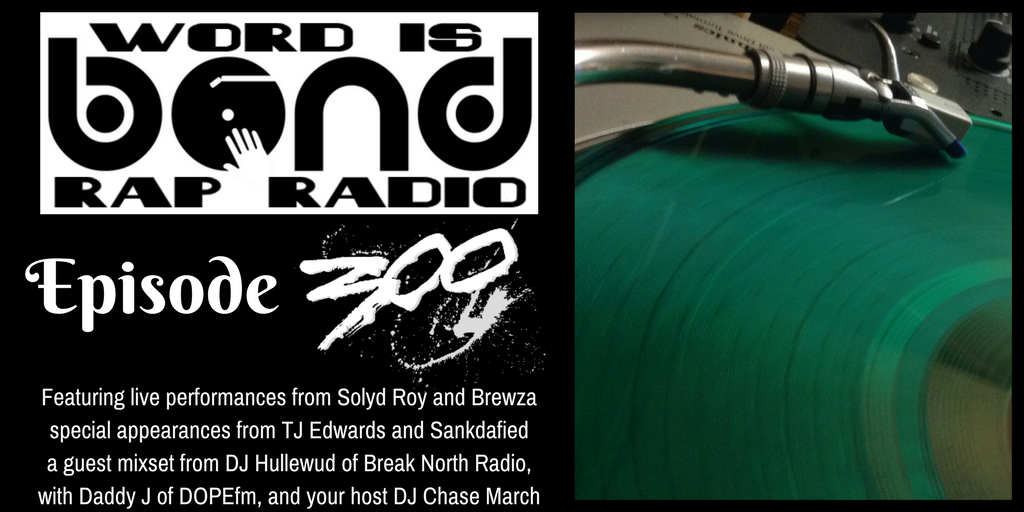 We had a lot of fun on the radio Monday night celebrating the 300th Episode of Word is Bond Rap Radio.

DJ Hullewud, of Break North Radio, kicked off the celebrations with a special intro and a mixset perfectly tailored to the celebration. Brewza and Solyd Roy performed songs and freestyles, and I even jumped in on the cypher.

We played some trivia live in the studio and had a bunch of callers on the line playing along, including TJ Edwards and Sankdafied. It was such a success that Hullewud and I are planning a second games night for the show. Stay tuned for that.

Daddy J made the trip all the way from Hamilton, Ontario, Canada to kick it with us. I got my start in radio on his program, DOPEfm, about eleven years ago. It was great having him there for the 300th episode of my own show.

Download this episode or press play to check out the program and celebrate #WIB300 with us!