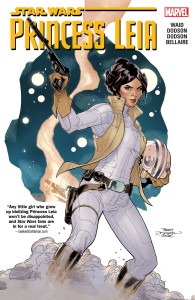 This comic takes place just after the events in Star Wars IV: A New Hope.

Princess Leia’s homeworld has been destroyed. But there are all sorts of survivors of Alderaan that need guidance and leadership. Unfortunately, The Empire wants to see them all destroyed, especially Princess Leia.

This was a great mini-series spanning 5 comic book issues. 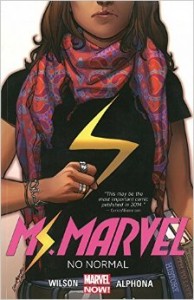 Kamala Khan is a Muslim who struggles with her family’s faith and the demands of being a teenager in this day and age. She sneaks out of the house to go to a party, but everything backfires on her. She gets teased for her heritage and didn’t win the points she thought she would with her friends and peers.

Several blocks get covered in a strange fog. perhaps it was the Terrigen Mist. Whatever it was, Khan is transformed. She looks like Ms. Marvel has has miraculous new abilities. She is still able to transform back to her normal self as well. 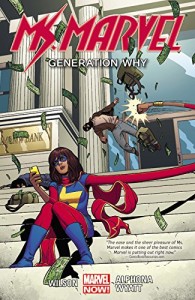 Wolverine teams up with the new Ms. Marvel in this issue. They are similar in a number of ways and make a perfect tag-team. She likes to fight her own battles and has a healing power too.

She’s begun to figure exactly how it works too. It turns out that she can heal only when she refrains from using her morphing abilities. It also requires her to eat a lot to capture the energy needed to do so.

She thought she was a mutant, but Wolverine suspects that she is an Inhuman. After their successful mission, he contacts some of his Inhuman friends. Medusa then sends Lockjaw to be her companion. Who wouldn’t love an over-sized super-hero dog? 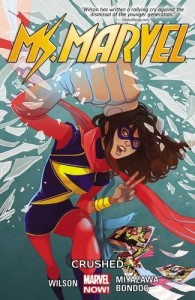 Being Muslim means that there are strict protocols in place when it comes to companionship. Kamala disregards them and lets herself be swept up in her first crush.

Things don’t end so well in the relationship department for her, however. But it is a great tale of first romance, the difficulties of maintaining faith despite romantic feelings, and the trouble of balancing a secret super-hero life with regular family life.

I have really enjoyed the first three trade paperbacks of Ms. Marvel. It’s always nice to see great female super-hero characters. The stories are great and the art compliments the feel of the book perfectly.

It is a great read and one that I highly recommend.

The Write Start: Nurture Writing at Every Stage

A Great Series for Young Readers (and Runners)