St. Andrews Hall in Detroit was certainly rocking last night with the diverse styles of four power-punk-pop bands. It was the second stop of the Around the World and Back Tour for State Champs. 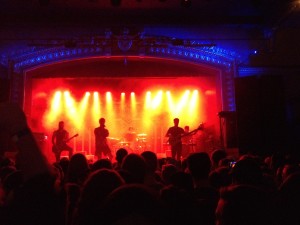 Don Broco set off the night with an energetic live show. At one point, they asked us to take a knee and get as low to the floor as we could. They then counted us in, and the entire club was jumping up and down.  It was intense. The floor had a bit of a give to it. It was literally bowing and bending beneath our feet.  The club must have invested money in this floor. I wasn’t worried for a moment that we would fall through it. 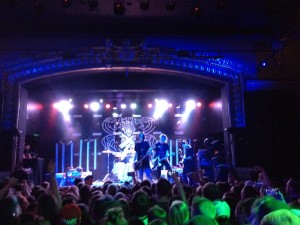 Next up was, With Confidence. They absolutely stole the show. As soon as they got on stage, the entire crowd pushed up about ten feet. And we were already jammed packed in the club. Now, with barely any personal space to move or breathe, we collectively responded to the energy the band put out. It was an amazing set and by far, the hypest one of the night. 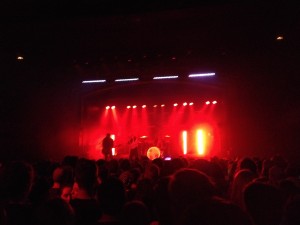 Against the Current took the stage next with an amazing light show and powerful vocals. Even the bass drum was even illuminated and changing colours throughout the set. The lead singer brought some much-welcomed feminine energy to the night. 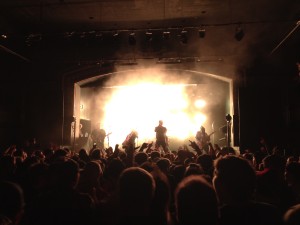 The headling act, State Champs had the crowd singing along to every single song. 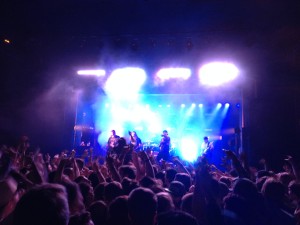 One of the members is even from Detroit and was able to celebrate with the capacity crowd. 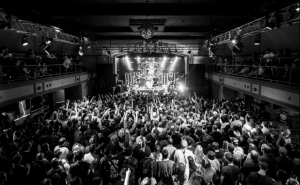 This fabulous shot of the audience was taken by Brandon Lung. If you look closely, you can see in the middle wearing a fitted baseball cap.

I had a blast at this show. If you were there, please add a comment with any memories you have of the night too.

Hip-Hop in the Brydges Highlights

The Left in The Hammer