No this isn’t Hoth. 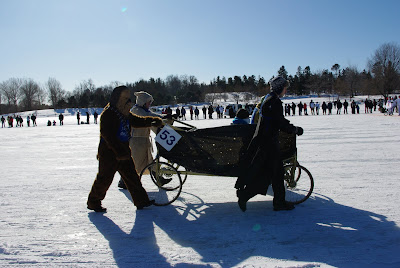 It’s Dows Lake. The frozen over lake where the Bed Races were held at this year’s Winterlude. 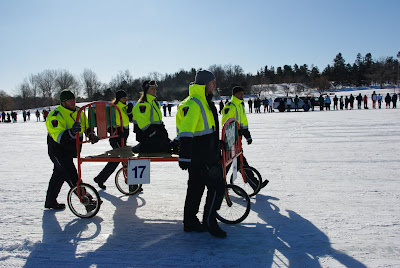 It was great to see so many members of the community participating in it. This is the Paramedic team. 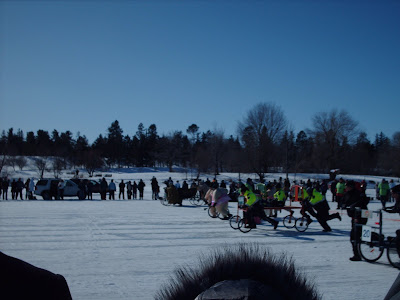 And the race is on.

It was hilarious to see the teams try to manoeuvre their beds across the frozen water. Every now and then someone would slip or lose their footing. With the loss of one person pushing the bed would veer to the side. There were a few near misses this Saturday afternoon as well. 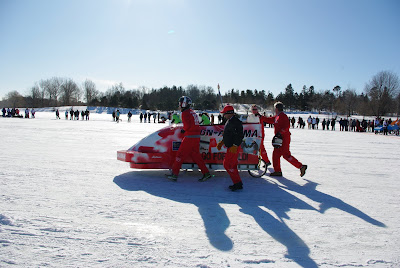 This team won for the best decorated bed and it was well-deserved. I love how it looks like an actual Team Canada Bobsled. 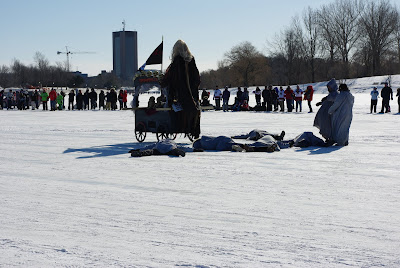 This scary entry in the race put on a great show for everyone. One person lost his footing and shortly there after his entire team collapsed on the ice. 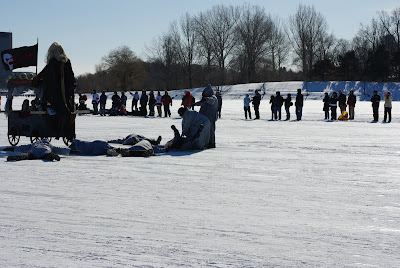 Then one member of the team started CPR on one of the fallen. The victim’s feet when flying in the air with every compression.

The team had obviously planned this routine. They were too far back in the race to advance to the next round so they had some fun with everyone.

It was a great afternoon of Bed Racing on Dows Lake just off of the Rideau Canal.

Nothing is Out of Bounds