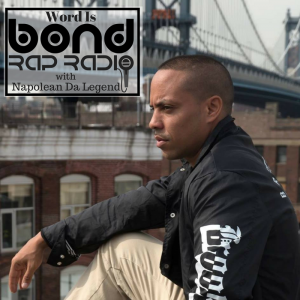 We have a special guest on our phone lines this week, Napoleon Da Legend. You have heard his music on this show several times, and now you get to hear him talk about his music and hard hitting issues.

We talk about white privilege and the other types of  advantages that people have and might not even be aware of. We also talk about innovation and experimentation in music. It’s not always the best idea to stick to tried and true rules of hip-hop. As he says, “I know what automatically works right now” but he doesn’t just do that. He says, “I want to still be an artist that advances the music and tries.” The message here is that life is too short to conform.

Napoleon the Legend breaks it down even further, “Every great major artist that people put in their Top 10, has something totally brand new about what they did in one shape, form, or the other.

We had a great conversation that will inspire you and if you weren’t a fan before, I am sure you will be won over now. And of course, I spin tons of great new music, and sprinkle in a few underground jams from years past.