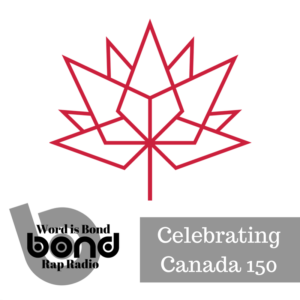 Canada is celebrating a sesquicentennial this year and to celebrate we have been on a quest to play 150 Canadian hip-hop songs to celebrate the occasion.

So far, we have have spun 4 hours of music and played 64 songs. By the end of today’s broadcast we will have 95 tracks played and be that much closer to our goal.

The final installment will be published next week with over three hours of great homegrown hip-hop.

Tune in next week as we conclude our quest to play 150 Canadian hip-hop tracks celebrating Canada’s Sesquicentennial.

If you liked this show make sure to check the previous installments and stay tuned next week for the concluding segment.

D-sisive Opens Up About Mental Health