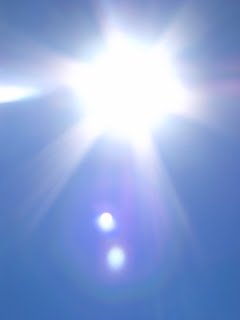 We have a special treat for you today, a guest post from Hilary Melton-Butcher. She shares all sorts of interesting stories on her amazing blog Positive Letters . . . Inspirational Stories.

Today, she contributes a guest post for our Teaching Tip Tuesday series, and she addresses our students directly. So please share this with your class. Enjoy!

Has anyone ever asked you why you are learning? The world out there is your oyster ..

Now – do you know what an oyster is? And did you know that the Romans came to Britain for their oysters … the rich man’s food, but by Charles Dickens’ time .. it was the poor man’s food, now once again it is a special sea-food. Perhaps you don’t find oysters in the Great Lakes …

But why are you learning? The world is quite a large place, or quite a small place – as many of us have found by using the internet and blogging about life. Some of us want to write, some draw, some craft, some cook … but in each country we do it slightly differently.

Do any of you want to travel? Have any of you travelled? Where to, what would you like to see, what have you seen? Your country is so beautiful that there is so much to see by staying at home and visiting friends, family and places of interest within Canada. I know you have wonderful parks and lots and lots of wide open spaces.

But what about London – where is London? Are you in London … but I’m near London too! Do you know what line goes through my county …. and why my time is earlier than your time – the sun rises over us here in London, before it rises over your London – the sun appears to travel east to west.

The line that starts in London and connects both the northpole and the south pole is known as Greenwich Mean Time – the line of 0 deg longitude. If you look at an atlas or a globe – the lines running north – south are longitude lines, while the lines running east – west, round the earth are latitude lines …. with the equator being 0 deg latitude.

So my co-ordinates in my London are 0deg longitude, and about 51 deg latitude. Can you find out your co-ordinates for your London in Ontario? If you check back in your atlas or on your globe … can you find them – and what are they?

I bet you know the 49th parallel line is the border (for a great deal of the line) between Canada and North America …. while if I crossed the English Channel into France, I would find that the capital Paris is built just about on the 49th parallel.

I expect you can think of some more interesting places to look for … and then you’ll find out more information about all kinds of things … I love being able to ask a question and then actually go and find out about it.

Perhaps some of you know friends who speak French? Or perhaps whose ancestors or families came from England or France – and do you know when they travelled over the Atlantic Ocean? Did they come in a passenger liner, and then travel by road, rail or on the St Lawrence river to reach London, Canada?

The history of towns is so interesting .. and I hope you would like to find out more about your London in Canada – I know I would. You have a big river running through your London – don’t you .. is its name the Thames River? Can you tell me what mine is called?

Your city has a population of about 460,000, while our London is the capital of Great Britain with a population of about seven and three quarter million people! – can you put that into numbers? Has anyone ever been to visit England – and if so do you remember what you saw? Did you visit the Queen … or one of her Palaces?

Would you like to hear more about England and the world? I learnt quite a lot when I was collecting stamps – I had to find out where the country was, and then of course the atlas would show me other countries nearby. The continents too … it was a world alight with many interests, as the stamps will show you.

I think stamp collecting certainly opened my eyes … and even to this day that hobby helps me. I had to see a physiotherapist the other day and her name is “Karunanayake” – to her surprise I was able to say her name

… all because of stamp collecting! … and that is because all those years ago Ceylon (as it was called then – do you know its name today?) elected the first female Prime Minister in the world – her name was Mrs Bandaranaike … can you ‘hear’ the similarities. Mrs Karunayake was very surprised and very pleased that I could address her – we all like having our names properly pronounced.

Names of people too are interesting and often refer to a job or trade that the family used to do in the past … your Mr March for example– his family probably belonged to the army, or perhaps came from a border land in England – a march can mean a border too; or perhaps he was born in March – do you know?

Do you have a Johnson – years ago a small boy would have been the son of John. Or a smith – these children probably came from a blacksmith or ironsmith family. About 70% of Canadians have surnames that are of English, Irish, French or Scottish derivation.

Well that’s that today – is that too much information, too little (unlikely I think!) – would you like to find out more … are there any questions you would like to ask me?

It’s been lovely being able to converse this way via Chase’s blog .. and I hope we can do it again soon … keep your eyes and ears open to learn new things, and remember to ask questions!

I have another friend I blog with .. who is 12 – he has just had his 12th birthday .. and he hasn’t been at all well – but he keeps us very much amused and is always incredibly cheerful. I bet you’re all like Lenny – aren’t you?

Looking Back to help Look Forward

It Only Took Me Injuring Myself to Realize…