Last night I dreamt that I was in the process of creating a flying skateboard. 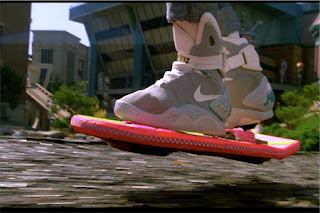 I had to ollie to get the board into the air. Unless I performed a perfect ollie, the board would not hover. It would just fall back to the ground. I tried it again and again. I was determined to get this thing to work.

Occasionally it would glide through the air and it felt amazing to be on a flying skateboard.

But it had its quirks. It wouldn’t work as efficiently as the hoverboard from Back to the Future II.

That movie was set in the year 2015. I remember watching this film as a kid and thinking that 2015 was so far away. It’s hard to believe that we are slowly approaching that year already. And so far, it doesn’t seem like we are any closer to having this technology in our lives.

How come brand new cell phones with great advances seem to come out every few months?

We have powerful new tablet computers, e-readers, cars, and other technological wonders.

Why isn’t anybody working on the flying skateboard?

I must have been thinking about that when I went to sleep last night. It probably had something to do with the fact that I stayed up late playing the Tony Hawk: Shred video game. 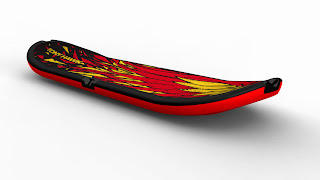 The skateboard in my dream looked equally as cool as the board controller from the video game. The one from Back to the Future looked a little lame, to be truthful.