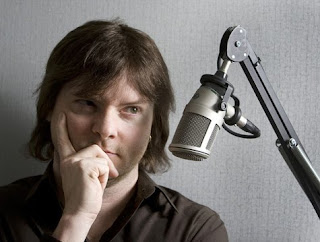 Did you hear the story about the father who was upset with a Facebook update that his daughter posted?

It was basically just a complaint about the amount of chores she has to do.

Her dad responded to her Facebook message by filming himself shooting her laptop computer with a pistol.

I really like what Jim Richards had to say about it on his radio show. You can hear it with the player below.

“So let me get this straight. Everyone thinks this dad is a hero. I don’t get it at all. This jerk might have his panties in a knot, so decides to take the laptop out to the backyard and shoot his teenage daughter’s computer, videotaping the event, in the video verbally berates his adolescent daughter, posts it on the Internet for the entire world to see.

I point out his profound lack of parenting . . . Some people think I’m an idiot for thinking that this was stupid.

I think this girl is probably guilty of being 15 years of age. I’m not saying that being a good father means that you’re never a jerk, but where did she learn to be petty, ungrateful, self-martyring, and an attention-seeking little twit?

Probably if you have a kid that acts like a little spaz, you’re probably are a parent that might be a massive spaz.

So what did she actually learn?

That’s the only thing that this daughter learnt.
I’m Jim Richards.”
– from the Jim Richards’ Showgram on Newstalk 1010 CFRB
If you cannot see the audio controls, listen/download the audio file here

My Logo is Everywhere