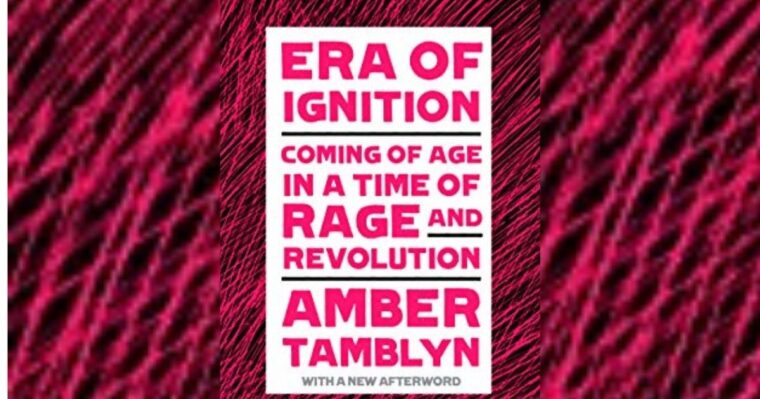 Era of Ignition: Coming of Age in a Time of Rage and Revolution by Amber Tamblyn

I was scrolling through Libby trying to find my next read when this one jumped out at me. Was this the Amber Tamblyn I knew from television and movies? Sure enough, it was. Since I loved her in Joan of Arcadia and this sounded like a good exploration of the world we are living in today, I thought I’d jump right in.

Good Books Stay With You

Amber writes about a book that she has a strong reaction to.

“Something about the book lingered with me in a way that novels hadn’t before. It was as if the book hadn’t finished and its story was still a page turning inside me. I could feel an unnameable idea forming in the same way that poems often formed for me—as if being sieved from some larger pulp of ideas. This novel is a film, I thought to myself.”

I love when a book can do that. I also love that she was able to take a story she felt a connection with and make it an award-winning film.

Her book has some great pearls of wisdom in it too. Here are just a few.

Give the Gift of Belief

“One of the most important gifts we can give one another, regardless of gender, is the gift of not only being believed but being believed in. It never ceases to amaze me how even the smallest gesture of support can be life changing for those who have spent years being told their ideas don’t matter.”

“Being in one another’s corners is an effective and simple way for people to both support each other and also feel supported, and we don’t do enough of it. No matter what industry you’re in, consider what you have access to that others may not and offer your assistance.”

There is No Perfect Definition

I never thought of this before. I call myself a feminist and every year I record a panel for International Women’s Day with a group of female hip-hop artists. I always ask the participants if they identify as a feminist. Many of them believe in the ideals of it by shy away from using the word. Maybe it’s time for us to take it back and not worry about what is means exactly. I think we all know.

Meredith Talusan puts it this way, “The truth is feminism must be—not just should be—wholly inclusive. We want as many people as possible to be feminists! That’s good for womankind!”

To which Amber replied, “I hope the cis men who read this book will really absorb and think about—all two of my cis male readers. Hey, guys!”

“I say this with the hope that the good men we love, who are not predators but problematic-adjacent, can learn and change from  these experiences and no longer see them simply as blind spots, but as blind sight. Because what other choice is there for them than to learn how to see? This is the future and a matter of survival. And if they want to be a part of it, then they have to change along with it.

5 Ways We Can Create a More Balanced World

“Here  are what I think are the five most important ways in which men can be proactive peers and help to create a more balanced world for women, but also for men.”

“Listen more than you assert. Read the emotional room and see what women need, not what you think they need based on your opinions. Support the efforts for equality and change being led by women—most especially women of color and in the LGBTQIA community. Let them lead the charge; don’t lead by taking charge.”

“No matter what your job title is, if there is a woman in your field of work who is doing the exact same job you are doing, tell her how much money you make and then do something about it when you realize how much more you are being paid. Men earn almost double women’s salaries and almost triple the amount made by women of color. The pay gap between genders and races in America is indicative of the overall equality gap in America, and one of the best ways men can help level it out is by being transparent about their income. Talk to your bosses about getting women additional pay, or support the efforts of a woman in your field trying to get paid more. Make space for women to be on staff and make sure they are paid not just what they deserve, but what their potential is, the same way you would nurture young men’s potential. Ask your CEOs, your chairs, your managers, your directors, your staffers to include women in their rooms.”

If you see something, say something. If a woman is being harassed, bullied, or silenced in your presence, have a zero-tolerance policy. Don’t tell yourself it’s their problem to solve. Workplace harassment and assault can often be ended if someone of parallel privilege and power does something about it. Put your neck out on the line for those who, as Justice Ruth Bader Ginsberg once said, live with feet on their necks. When more women are in positions of power and there is equal representation in the room, there is less space for the abuse of power, physical or otherwise.

4. Support with Your Wallet

Put your money where your matriarchs are. Support organizations and causes that help to build and strengthen the next generation of women, from politics to creative writing. Organizations such as the Pink Door Writing Retreat, TWOCC (Trans Women of Color Collective), EMILY’s List, Girls Rock, Time’s Up, and Jack Jones Literary Arts, to name a few.

5. Err on the Side of Women

When it comes to men being accused of bad behavior, leave Sir William Garrow and his ancient law to the messy American justice system and instead listen to the rational and reasonable intelligence of women like Roxane Gay. On whether or not she believes Woody Allen did or did not molest his daughter, Dylan Farrow, she once wrote: “I know where I stand and why. I know I would rather stand where I stand and eventually be proven wrong than support Woody Allen and eventually be proven wrong.” In other words: Err on the side of women, not on the side of your brethren.”

We Have Power to Transform Our World

“The world we are living in [can be] reborn—one that is nourished, healed, and flourishing; one that is courageous, compassionate, and full of grace; one that is done with the vortexes of harm’s haunting, done with the celebrated parades of pain and the sick cyclicality of American callousness. I want to give her a world where love is a given and innocence is not a virtue to be taken. A world of her choosing, not a world already chosen.

One of America’s most sacred values is the privilege of having choices; whether selecting political candidates, educators, or physicians, we are given options to inform our decision-making. The problem is, those options are limited.”

So let’s open things up, change the way we do things, and make a better world. Thanks for these wise words, Amber. 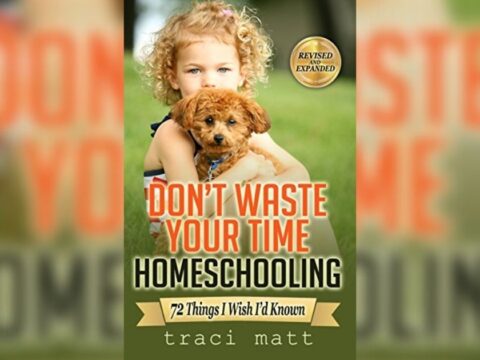 Technology Changed Everything in Music