A small plan crashed in a very remote valley during World War II. The terrain made it very difficult to amass a rescue. In the meantime, an air drop was arranged to give the men and women much needed supplies to help them survive.

One of the most precious items in the cargo was “a portable FM radio that could be used to transmit and receive messages. It was almost certainly a rugged waterproof thirty-five pound two-way radio the size of a small suitcase.

Developed by Motorola for the Army Signal Corps, the device could be carried on a soldier’s back, hence its immortal nickname, the ‘walkie-talkie.’

Its design was a milestone that contributed to a revolution in portal wireless communication.” 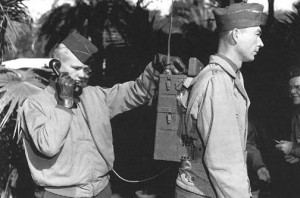 Imagine if technology hadn’t advanced in the past 50 years. These wireless communication devices have become incredibly compact since their development for the armed forces. Would people be walking around with cumbersome backpacks right now to stay connected.

Would the benefits of being connected outweigh the hassle of lugging around the cumbersome, original walkie-talkie? 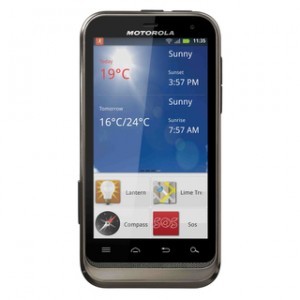 I bet most people don’t realize that the cell phone in their pocket comes courtesy of the armed services. Without the army, we wouldn’t have had two-way wireless communication.

That’s something to think about.

4 Things I Learned at a Wedding

There’s a Mouse in the House

Where Are Your Priorities?