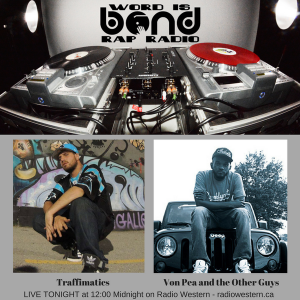 I podcasted this one over at The Word is Bond last year but forgot to post it here.

This one was recorded live on the radio back in December. Enjoy!

Von Pea of Tanya Morgan and Von Pea and the Other Guys calls in to kick with Chase March in this edition of Word is Bond Rap Radio. Bad weather kept Traffimatics away from his in-studio appearance but he still kicked a dope freestyle over the phone lines. All this plus two hours of great hip-hop.