Let’s head over to the Thomas Ingersoll Scenic Trail for a photographic tour of the area. 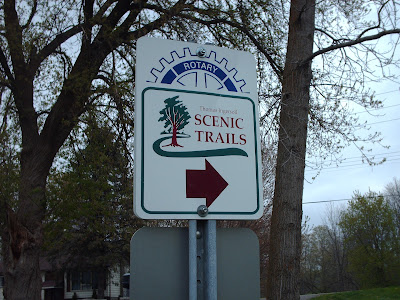 Thomas Ingersoll was an early settler to Upper Canada. He was originally from Massachusetts but moved to what is now Ingersoll, Ontario in 1793. He named the area Oxford-on-the-Thames but it was his son, Charles, who renamed the town to what we know it as today.

Another interesting historical fact is that he was the father of Laura Secord. She was a hero of the War of 1812 as she took it upon herself to deliver a warning to the British of an impending American attack. Without her heroic actions, this area we are exploring today might not have remained Canadian territory. It’s hard to believe that we are currently observing the 200th anniversary of this event. 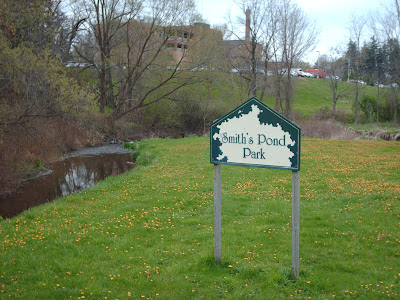 I started my trail run today at the Harris Street entrance of Smith’s Pond Park. 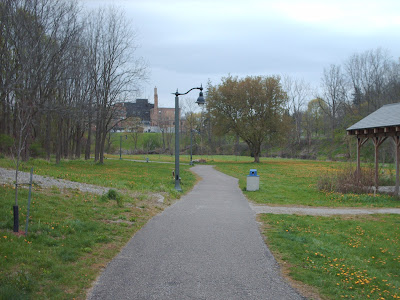 The trail is relatively flat and completely paved so it is very accessible to anyone wanting to have a nice leisurely walk or a quick run through a few different parks and one tourist attraction. 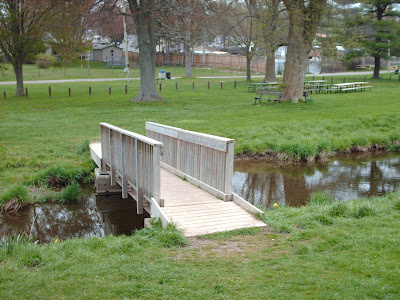 Of course, being the trail runner that I am, I ran across the grass and found myself on the opposite side of the river. Fortunately, there was this bridge to get me back to the main trail. 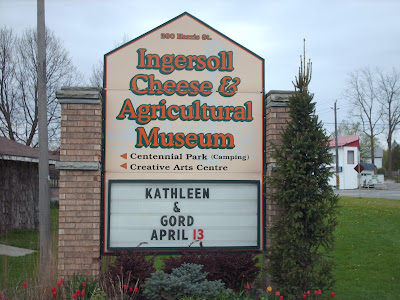 The Ingersoll Cheese and Agricultural Museum is “dedicated to the collection, preservation, documentation, exhibition and interpretation of objects that reflect the unique history, growth and development of the Town of Ingersoll and surrounding area from pre-pioneer settlement to the present. The Museum brings the past to life through demonstrations, interaction between staff/volunteers and the general public, tours, educational programs, workshops, special events and hands-on activities.” 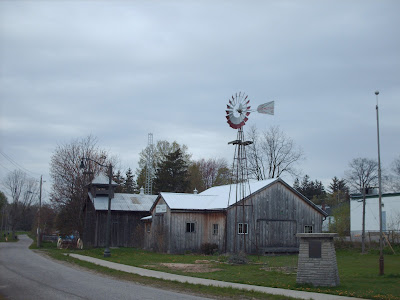 The site consists of a series of five unique buildings, which include a replica 20th century Cheese Factory, the Sherbrooke Barn, Sports Hall of Fame that features locally inducted athletes.“ 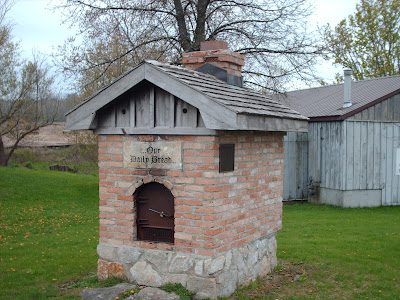 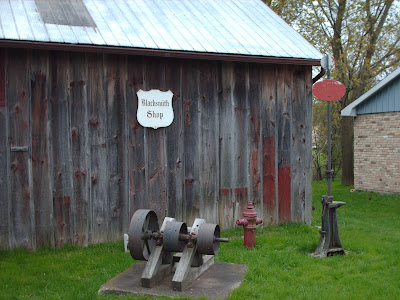 There is also “a working blacksmith shop and the Ingersoll Community Museum.”

The scenic trail comes to an end at this point. I continued to run across the street and through a new subdivision that is currently being built before turning around and heading back down the trail. 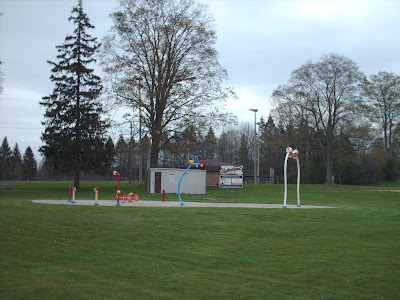 There are several baseball diamonds, a community arts centre, a playground, and a splash pad at Victoria Park. I love how accessible these things are and how all of these community buildings and attractions are connected through a trail system. 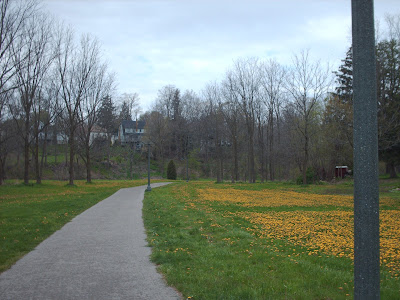 I ran passed the Harris Street entrance to this trail and it actually connected to another park. 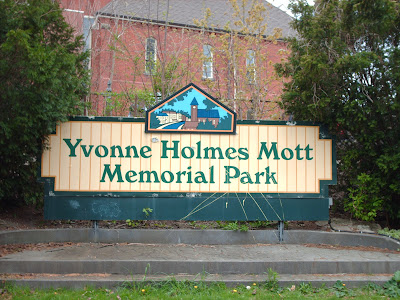 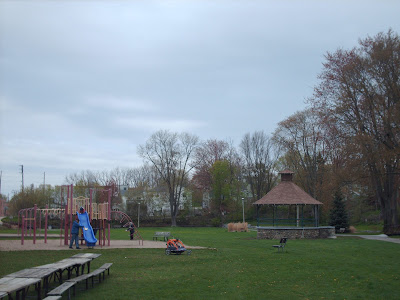 Well, that’s my tour for today. I hope you enjoyed accompanying me on my run. If you’d like to take some more photographic tours click on the tab at the top of this page. There are several dozen other tours there waiting for you.

A Photographic Tour of Coves Trail

Oh No, The Bridge is Out! (but not for long)