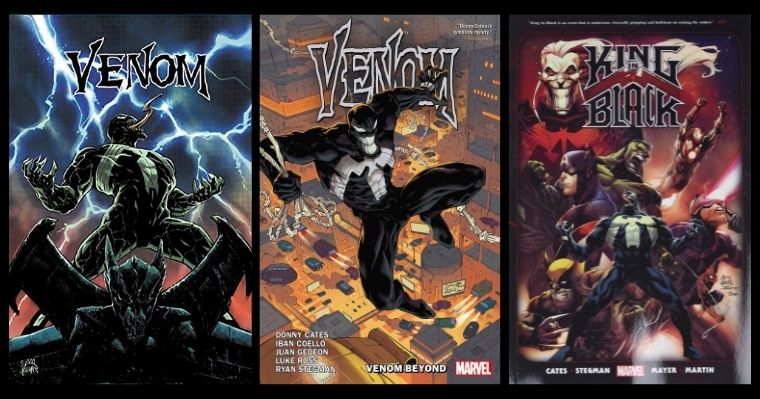 Donny Cates and Ryan Stegman’s run on Venom has come to an end with the spectacular 200th issue of the comic. The cool thing is that you don’t have to read 200 issues to catch up. Their tenure in the comics started three years ago and spanned 35 issues and a few crossover events. The last issue went back to the standard numbering system to celebrate the big milestone.

I binge-read the current series in just two weeks and it was a great read. Even if you know very little about the character, I am sure you have seen him in the live action movies. Venom was in Spiderman 3 when Toby McGuire played the titular hero and he has also been in two solo movies recently. Both of which were surprisingly good even though they weren’t connected to the current cinematic Spiderman universe. This comic series is in a similar vein.

Eddie Brock is Venom for this series and he has a great arc in it. His story comes to a full conclusion as the current creative team signs off. They explored the history of the alien symbiote and expand the universe quite a bit. I had no idea that there was an entire race of symbiotes and that they have been active for quite a long time. It was also surprising to see that Eddie has a son he never knew about; a son that may have inherited some of the powers that Eddie is only able to wield because of his symbiote.

I binge read the current series and the crossover event King in Black. These will likely be grouped in an omnibus or two in the near future. I prefer reading collected editions when it comes to comics, but I really wanted to jump into this series because a friend recommended it. He recommended the Immortal Hulk too, so it seems that he has great taste.

One further thing, the two creative teams are switching titles, that means Cates and Stegmen will soon be taking the reins of Hulk while Al Ewing and Joe Bennet will be taking over Venom. Both series have been so well written and drawn, that this is very exciting. I will be nice to see where they both go next.