One of the best teachers I’ve ever had didn’t teach in a school. He was my Scout Leader and he did something absolutely incredible. He provided us with amazing activities that we actually wanted to do and had fun accomplishing. I remember being dumbstruck at the end of one of camping weekends when he provided everyone in the troop with a badge.

My fellow scout members and I just looked at each other. How did we earn a badge? We knew that there were all sorts of things you had to do to earn one of those prized possessions.

Our Scout Leader then recapped our weekend. He said, remember when you had to start a campfire with only one match? Well, that was this requirement. He then went through the dozen or so other activities we did and showed us how each one had us working towards a goal we didn’t even know he’d set. In other words, he made learning fun. It was something we wanted to do, not because we were earning a badge, but because he challenged us to rise to the occasion.

Yesterday, I watched this amazing TED Talk and it reminded me of how we can be motivated to learn by things other than badges or grades.

The Super Mario Effect: Tricking Your Brain Into Learning More – A Ted Talk by Mark Rober

Here are a few portions of the transcript . . .

“About a year ago, I asked my YouTube followers to play a simple computer programming puzzle that I made with a buddy. The object of the puzzle was to get your car across the maze by arranging these code blocks that represent typical computer programming operations, such as if-else statements and while loops. Once you thought you had a good code, you would hit Run, and your car would move based on the commands you had in the program.

I asked my YouTube followers to play it because I said I wanted to prove that anyone from any background could learn to code. Fifty thousand of them took the challenge and attempted the puzzle. But the truth was that I didn’t actually care about proving that anyone could learn to code. What they didn’t know is that we actually randomly served up two slightly different versions of the puzzle. In one version, if you hit Run and you weren’t successful, you didn’t lose any of your starting 200 points. We showed you this message. [Please try again.]

However, in the other version, if you hit Run and again you weren’t successful, we showed this slightly different message, stating that you lost five points from your starting 200 points. That was the only difference. In one version, if you failed, we simply took away five no-value-in-the-real-world, no-one-will-ever-see-these, completely meaningless, fake internet points.

That minor difference is crucial to keep in mind for the results I’m about to show you from the 50,000 data points we collected. For those who were penalized for failed attempts, their success rate was around 52%. For those who were not penalized, their success rate was 68%. That statistically significant delta of 16% was really surprising and almost seemed too hard to believe until we looked at another piece of data that we collected, which was attempts to solve before finding success. It’s shown in orange right here.

So, those who didn’t see failing in a negative light nearly had two and a half times more attempts to solve the puzzle. As a result, naturally, they saw more success and therefore learned more. So if you think about that and sort of unpack these results, the trick to learning more and having more success is finding the right way to frame the learning process. And this observation seemed really profound to me. It made me wonder, What if you just frame the learning process in such a way that you did not concern yourself with failure, how much more successful could you be, how much more could you learn?”

Our public education system doesn’t frame the learning experience this way. It bases everything on grades and standardized tests. These things do very little to motivate students. We need to find a better way.

“Let’s say I gave you a test and it had instructions on it that you would carry out, and to do that, it had sort of buttons like this. And the instructions would say something like . . . 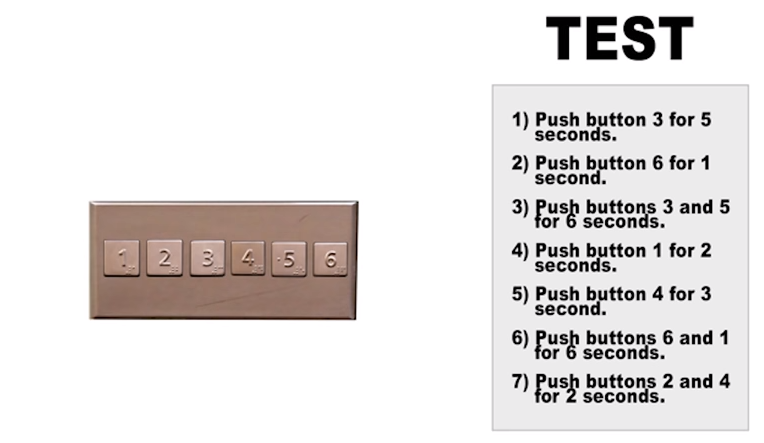 “And unless you carried out the instructions on page one exactly, you couldn’t see the other 32 pages of the test. How much would I have to pay you to take that test for an hour?

Now suppose I change the word “test” here to “game,” and I rotated this, and for the input device, I shrunk the buttons and moved them here, and I gave it a cool paint job and maybe different button styles. And then instead of using words, I represented the tasks you needed to accomplish visually like this.”

“Note the output is the exact same: you have to push these buttons in a very specific manner to move on to the next page or level, as it were . . .

I feel like a lot of the successes in my life have come down to the Super Mario Effect, and while framing challenges like this has worked for me, of course, results may vary. Everyone is going to be different, and I don’t know exactly what it looks like for you to take this principle and map it into your life. But if we got these very real results from a very different cross-section of very unique people, clearly I’m not alone. There’s some universal principle at play here. By shifting your focus to the princess and treating your life’s challenges like video games, you can trick your brain and actually learn more and see more success.”

Let’s trick our students to learn more by framing things differently. Let’s forget grades completely and focus on the win!

A New Cereal on the Bookshelf

Great Teaching Blogs You Should Be Reading