Here is a quick and easy math game you can have your students play. All you need is a deck of cards. You will need to remove the face cards so that you are only left with the numbers 2 to 9 and the aces. For the purposes of this game, an ace will count as the number “1”

The game is called Target Zero

The students will need to be familar with positive and negative numbers.

In this game, black cards are negative and red cards are positive. For example a red 7 is +7 and a black 3 is -3

Here is an example of this game in action.

The first card dealt in this game is a Black 6. 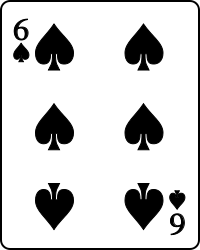 Since black cards represent a negative number, the total value right now is -6. 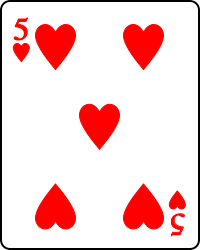 Since red cards are positive, we need to add this to the -6 already in play.

The total sum is now -1. In order to win, we need to get a value of zero. We could do that with a red ace. 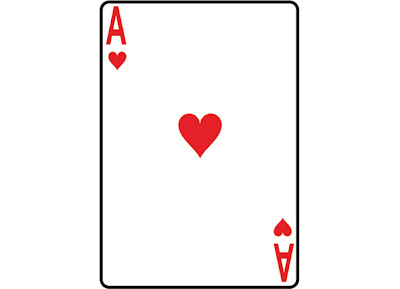 The last sum was -1, so by adding a positive 1, we have hit the target of zero.

I found this game in ONAP- Ontario Numeracy Assessment Package: Grade 8 and thought it would be a great game to use when ever you needed a few extra minutes. It would also be a great tool for supply teachers to have. Decks of cards are fairly cheap and if you brought four or five decks with you on your jobs, you couldhavae the students playing a game while practising their number facts. It’s a win-win.