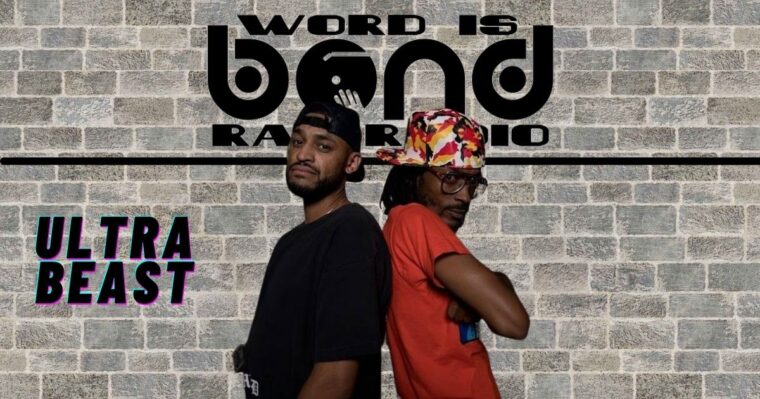 Episode 485 of Word is Bond Rap Radio features an in-depth and exclusive interview with Ultra Beast. 4-ize and Senor Kaos break down the science behind their group name, talk about the creative process, and look at why we might not be getting smarter as a people these days.

It was a blast finally getting them on the program. You’ve heard their music plenty of times here on the show.

We then close out the broadcast this week with two live performances that were recorded at Old East 765 in London, Ontario.

So without further ado, let’s get into it.

Downloads are exclusively available to Patreon supporters only. For as little as $1 a month, you get the the weekly downloads and streaming links days before anyone else. And if you support at a higher tier, you get more benefits, including shout-outs, personalized mixes, and more.