I played two games of Scrabble with my mom this week and something really unusual happened.

I got the exact same score at the end of both games. 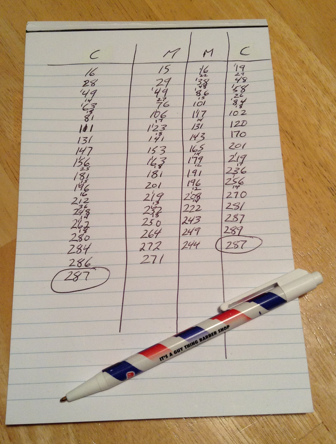 The first two columns are the score card for Game 1. You can see that I won with a total of 287 points. You can also see that it was a very close game. We were exactly tied right in the middle of the game too.

When I finished tallying the unused tiles in Game 2, I was shocked to see that I received the exact same score from the game before.

My mom is a tough Scarbble opponent and might have won this second game it it weren’t for some brilliant wordplay by yours truly. I spelled “acquire” with the “Q” tile on a double letter score and the entire word falling on a double word score. One play – 50 points. Very nice!

I then played three words in one turn by added an “S” to form “acquires” while also spelling “seed” and connecting the “D” to the end of a third word.

It was a nice series of Scrabble games this week. It really is my favourite board game.

I’ve Been Saying It Wrong All This Time 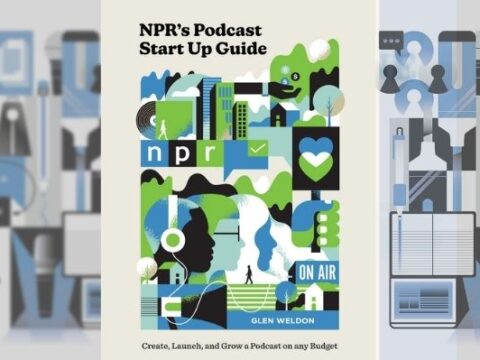 Learn to Podcast from the Pros at NPR