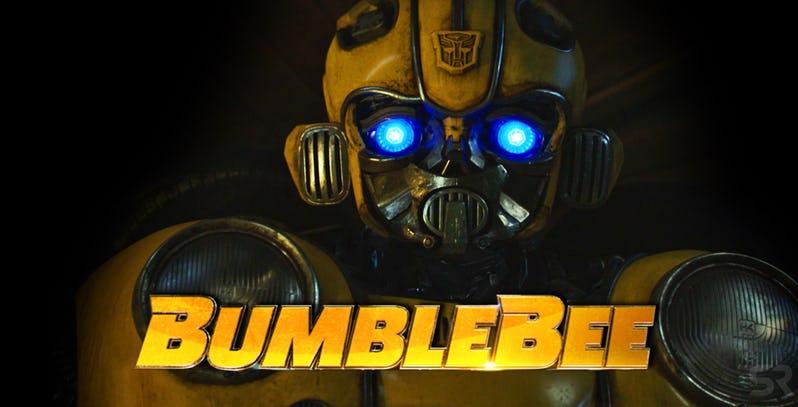 I had absolutely no desire to see this movie. Transformers just haven’t been able to get their act together on the big screen. As a life-long fan of the toys, animated series, and comics, I have been let down time and time again by the films. I wasn’t even going to give this one chance. Fortunately, a few people convinced me that it was worth my time.

Calvin, from the Canadian Cave of Cool, gave it a stellar review. A Daredevil fan that I follow on Instagram wrote an impassioned post encouraging true fans to support it. I began to get excited about it, in a way I didn’t think was possible. I raced to the theatre to see it tonight and brought my wife along for the ride.

The film is set in 1987 and is effectively a prequel to the Transformer movies we have seen so far. Fortunately, it doesn’t play like the old films. This one is concerned with character and story. It pays tribute to what the Transformers were all about. The robots have personality and character in this one. They are immediately recognizable in both their robot and vehicle modes.

There were all sorts of nods to the original animated series in it. I loved that they featured a song from the 1986 movie. The opening war scenes on Cybertron were great as well. I would love to see a movie set on the Transformers home-world that deals with the civil war. We got to see some pretty iconic characters in action there too.

The Bumblebee movie even has a few Easter eggs that establish itself as a prequel to the other films. I almost yelled at the screen during one of them. I didn’t want the story to go there, but surprisingly, it worked. The plot had a few holes near the end, but I can forgive those because of the great writing, soundtrack, character development, and mood of the flick.

This is the movie Day One fans of the Transformers have been waiting for. It felt like I was ten years old again. I loved every minute of it. You need to  go see this and support it. It could be the start of an invigorated franchise. Thank you! We needed this!

Flashpoint – One Moment Changes Everything