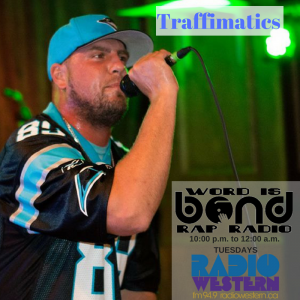 Traffimatics came through Word is Bond Rap Radio Tuesday night to kick it live on the airwaves.

He is always hungry to get on the mic and kick some rhymes. He threw down several freestyles, performed tracks live, and even took requests.

And of course, I spun two hours of great hip-hop music.

If you enjoy the show, please let us know you are listening. Share it on your social media feeds and use the hashtag #WIBRapRadio.