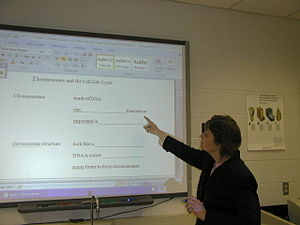 No one likes being told when and how to do something. I know that I sure don’t. If I have a task that I need to do, I usually figure out a way to do it effectively and efficiently. I’m sure our students work much in the same way. That is, if we’d ever allow them to.

Throughout my entire teaching career, I have built the school day around a very tight schedule. I have blocks of time alloted for specific activities. I’m sure that this is pretty much the norm for any classroom.

I expect each and every student in my class to abide by this schedule. If their work is not completed on time, it doesn’t matter. We need to move on and begin the next task. Students who fall behind will often lose their recess time because the work needs to be done.

Of course, this process is flawed for several reasons. Telling someone when and how to do something, even if that person is only ten years old, often leaves a sour taste behind and removes whatever motivation might have originally been there. Under these circumstances, some students may stubbornly refuse to work altogether.

We are basically left with a no-win situation. We can either record an incomplete beside the student’s name or we can keep him or her in at recess to catch up on the work. This robs both the student and the teacher of a much needed break. Both parties get upset and dig in their heals. It’s a power struggle that can be avoided by throwing out such a rigid schedule. I just figured this out with my class last week.

I had been having a hard time getting my students to write a paragraph each morning for journal. I decided they needed some motivation so I started a 1,000 Word Challenge. Every day I would count the words they had written and add them to the total from the day before. When a student accumulated a total of 1,000 words in their journals, he or she would be awarded a prize.

This strategy worked. . . for the writers who had already been producing solid work prior to this challenge. I still moved on at 9:30 regardless of what the students had on the paper. I would only count words if they were in a complete sentence.

I was really surprised that this strategy did not work for all of the students. I was sure that counting words would give my students a sense of accomplishment and give them a reason to write.

Last week, I decided to switch things up in my classroom and I found that it really worked.

Here’s how to do it.

Those were my only instructions.

Most of the students completed all of the work well before the recess bell even rang. There was no grumbling about the amount of work. No one complained that there was an extra task to do either.

Why did this work?

Next week, I will share with you how I incorporated small group instruction during this morning block as well.

This strategy worked so well. I have no idea why I never thought of it before now.

Teaching Tip Tuesdays Are Back!