I was supply teaching in a classroom a few weeks back that had a brilliant display on the wall about the English language. It was chopped full of useful information for students. 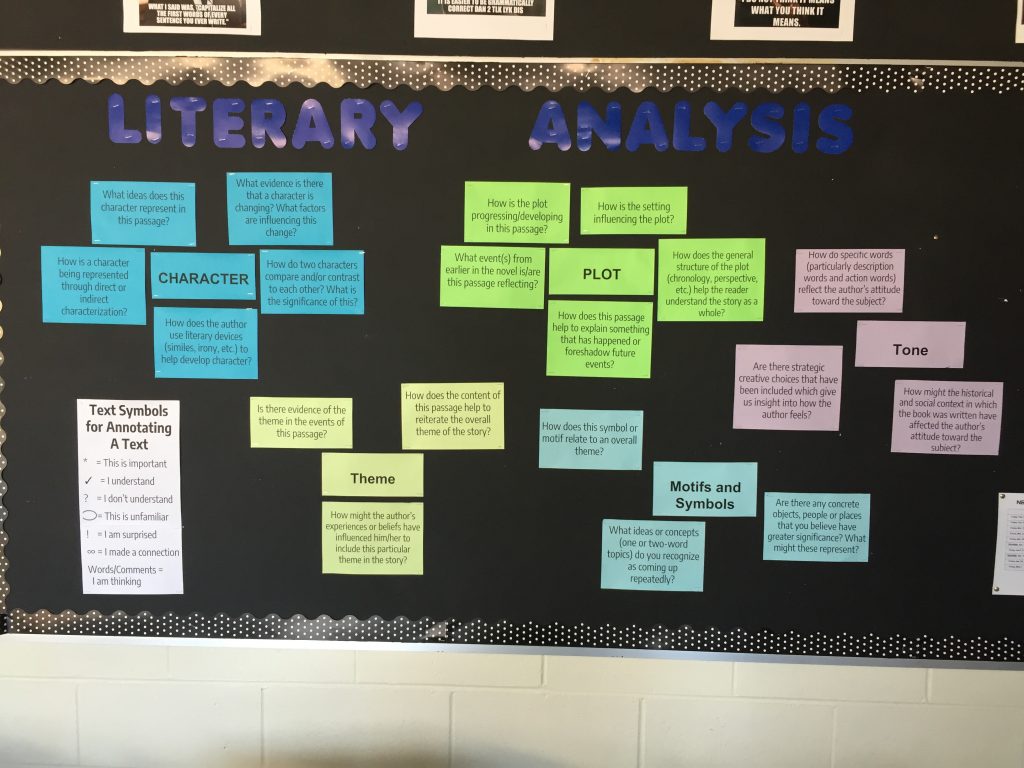 I found myself wondering how often this display gets used. I know that if I and been a student in this class, I probably would have read every word on this wall multiple times. It wouldn’t have been because it fascinated me, it would have been out of boredom.

I was able to complete my work, for the most part, and then tune out. Sometimes that meant daydreaming or doodling or writing a poem. Other times it meant looking for anything around me that I could read.

Believe it or not, boredom actually helps spark creativity.

In Reclaiming Conversation: The Power of Talk in a Digital Age, Sherry Turkle explains . . .

“…childhood boredom is a driver. It sparks imagination. It builds up inner emotional resources. . . a child’s capacity to bored—closely linked to the child’s capacity to play contentedly alone while in the quiet presence of a parent—is a critical sign of psychological health.”

The high school teachers Turkle talked to when researching her book told her that “most of their students don’t have this achievement behind them. Even short periods of time alone make their students uncomfortable. If there is an open space in the day, students expect an adult to come in with an activity. If not, they expect to turn to their phones for distraction, a new connection, or a new game. What they don’t allow themselves in stillness.”

Many people don’t allow themselves to be bored any more. It is too easy to find something, anything that will distract them and not let them be alone with their thoughts. When this happens, creativity suffers.

“People like the image of a creative idea coming to someone as though a lightbulb turned on. But usually these ‘lightbulb’ ideas have been long prepared.” I have know this for some time now. It is how I write. I have an idea and if it sticks around, it develops into something that I can actually work on. I tend to get my best ideas in dull moments. It’s hard to come up with a great idea when engaged in some form of entertainment.

“Often when one works hard at a question, nothing good is accomplished at the first attack. Then one takes a rest, longer or shorter, and sits down anew to the work. During the first half-hour, as before, nothing is found, and then all of a sudden the decisive idea presents itself to the mind.”

Let’s help our students to be bored and not turn to us or technology to save them from it. I bet we will all be surprised at the creativity that will emerge from it.