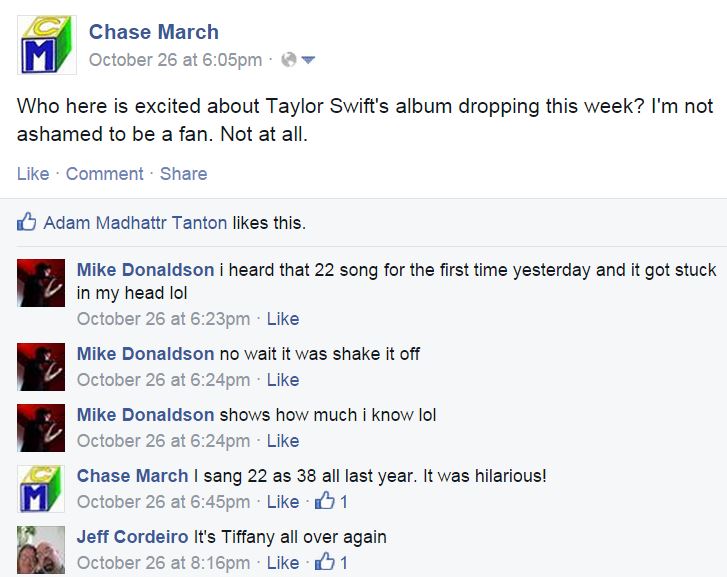 because I truly was excited about the new Taylor Swift album dropping.

I am not ashamed to admit that I love music of all different sorts of genres. I know that certain people know me as a hip-hop DJ and radio personality and would be surprised to learn that I also love some country and pop music.

I used to be a huge Tiffany fan back in the day and I have loved Taylor Swift since the first time I heard her. But until right now, I never really saw the connection between them. 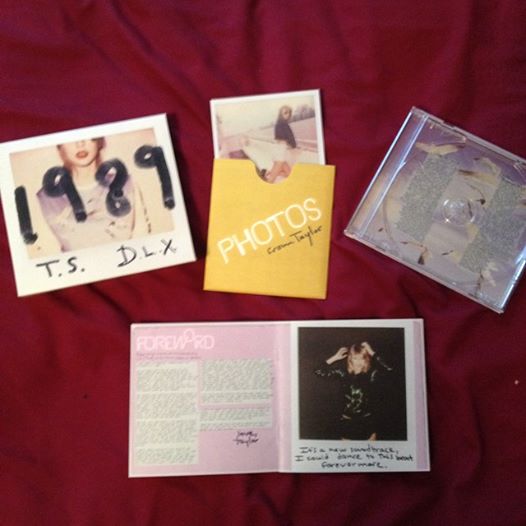 When I opened the album, I was immediately struck by the packaging and presentation. It is an absolutely beautiful release.

And it really is. Tiffany was already a popular singer in 1989, the very year that Taylor Swift was born. In fact, in the liner notes to this album, Taylor writes . . .

“I listened to a lot of music from the decade in which I was born and I listened to my intuition that it was a good thing to follow this gut feeling.”

So, Taylor Swift was influenced by Tiffany. It makes sense!

I’m really enjoying this new album that is a throwback to the original debut album by my favourite pop princess from the late 1980s. It’s the best of both worlds.

I don’t know if I could have done what Taylor has done here. Channeling the music of the year you were born, and doing it in an authentic way that doesn’t detract from the current body of work. ‘