I put the finishing touches on my homemade TARDIS today.

I’ve been blogging about the process for the past several weeks. You can see how I constructed the frame, attached the walls, added wood trim, attached a roof, and painted it.

The next thing I needed to to do was add the signage. 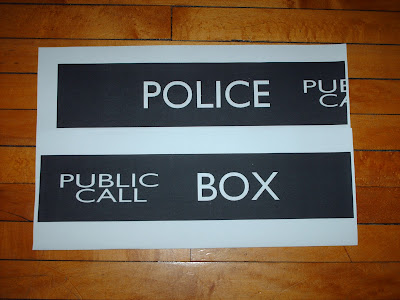 First, I found a printable file of the Police Public Call box sign. I formatted it into MS Word and printed off five copies of it onto Ledger Paper (11×17 inches) 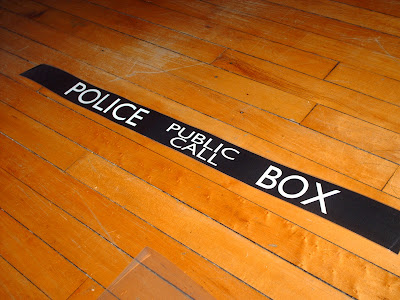 I then cut the two portions of the sign and glued them together. I did this five times even though I only needed four copies to go along the top of the TARDIS. I figured that I might need an extra one for some reason.

It turns out that I did. I laminated them and one of them didn’t take. The plastic didn’t seal properly on it and since it was an extra one, I was able to throw it out. 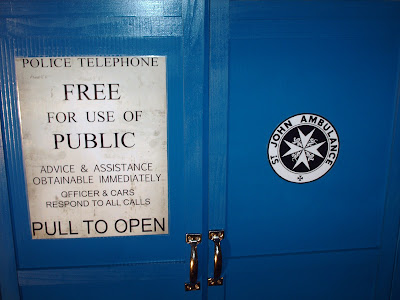 I also laminated the two door signs and affixed them with spray adhesive. 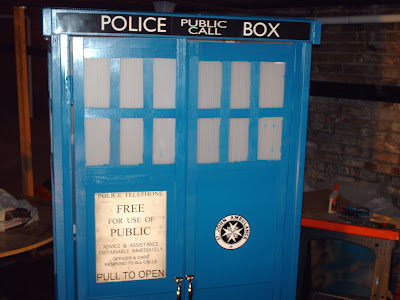 The coolest thing about the plastic wall construction is that these windows are translucent. I will be putting a light inside and adding one for the top light so this thing will really shine. 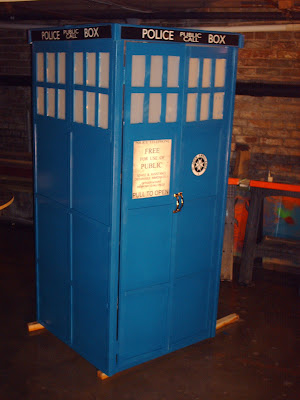 So here is the completed TARDIS.

I plan on adding an interior light so the windows will glow, a separate light for the top lantern, and an MP3 player with a small speaker inside so the time machine will make authentic sounds.

I also plan on making a fan film. After those last details are added, I’ll start working on the script.

Who Will Be the New Doctor?