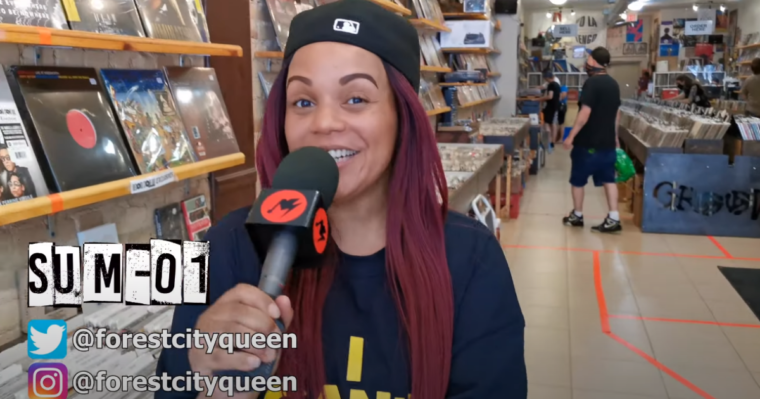 Rap City was such an important part of music television back in the day. It was great to see a block of television devoted to rap music. We were able to discover new tunes, and see some of our favourite emcees who we’d only ever seen in magazines or on album covers.

Well, the show is back with a new title and on a new platform. Ed the Sock has relaunched the spirit of Much Music with his new channel NewMusicNation. The new rap show for the channel sounds like it has the smae title but it is now called Rapsody.

Here is the very first episode of the show and it is hosted by London, Ontario emcee Sum-01. She takes the viewer on a quick tour of the Forest City and plays some great tunes by . . .

Episode One of NewMusicNation’s Rapsody is on YouTube and can be watched on-demand. That was something we weren’t ever able to do back in the day. I wish I had kept my old VHS and Beta tapes from back then. Maybe the new show will dip back in the past and bring some of those classics back too.

Sum-01 did a great job. Press play on the video above to check out the hour-long show. I’m looking forward to seeing more of this show and the video flow.

Thanks Ed the Sock. and thanks Sum-01!

Money Stax on Truth in Hip-Hip (interview and download)