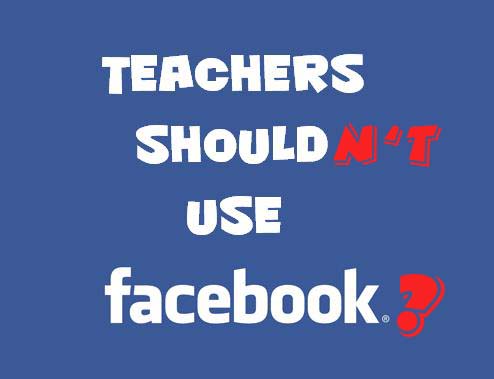 At the start of the school year, I had a good idea on how to open up the lines of communication between home and school.

To use the social media sites that people already use on a regular basis.

As such, I entered into the world of Facebook.

Three months into the school year, I reported on my progress and was happy to see that it was working.

When I post something on Facebook, it gets read and quite often discussed. I regularly have parents of my students “liking” posts. It’s a great communication tool and I was happy to see it working so well.

Last week, something happened to derail the entire communication tool.

It started out simply enough. One student commented on a post and described something as “gay.”

I pointed out how that was inappropriate and not welcomed at all. This is what the student immediately responded with.

So I wrote back.

I thought that I had made point and that would be the end of it.

Of course, some people called him out for suggesting that I was a bully. He then started swearing at them further down in the comment thread, even after agreeing to watch what he posted.

And then it got really messy.

People chimed in who I didn’t even know. A grade six student from another school started ripping into me. He said all sorts of sexually explicit stuff that was really upsetting and definitely not something I wanted on my teaching page whatsoever.

I didn’t know the student who started to cyber-bully me either, which was really frustrating. A few of my students tried to get him to stop. More people I didn’t know started adding to the comment thread to say that kind of language was inappropriate as well.

Some people swore back and forth at each other and it looked like this just wasn’t going to end. I blocked the offensive account so he couldn’t post anything further but the damage had been done.

This happened during my “office hours” as well. It was 8:30 on a school night and students know that they can expect to find me online for half an hour at that time.

First thing in the morning, I told my principal about the whole affair. He suggested that I shut down the Facebook page, which I have since done.

I think this whole thing is just a shame. I lost a good communication tool between school and home because of one incident.

I wanted to use this as a teachable moment. I am sure many of these kids talk like this on a regular basis in the online world of Facebook. They need to know that this sort of thing is not okay.

I started a new teacher website using the school board’s platform. It doesn’t seem as intuitive and it’s a new tool students and parents are going to have to get used to using now. I hope it takes off. I hope it becomes as popular as my Facebook account was, but I have my doubts.

This whole thing was very upsetting.

What tools do you use to communicate with parents and students?

How Music Can Inspire and Increase Ambition in the Classroom

Reflect Now to Improve Your Teaching Next Year