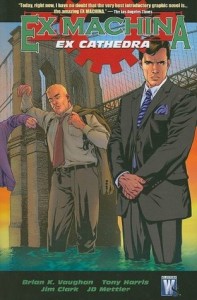 The mayor of New York is an ex-superhero. He fights the good fight in politics now instead of being a vigilante. He still has his powers though and is able to communicate with machines. Unfortunately for him, someone has figured out how to reverse the lines of communication. Now, they will try to use him as a pawn. Could the Great Machine become a machine for someone else? No spoilers here. All I will say is that it is a good chapter of this on-going series. 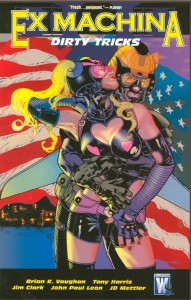 The first story in this collection is a stand-alone that has a long-deceased ancient civilization trying to communicate with the mayor. It’s a great story that deals with racism in our modern age. I loved it.

After that, we have a five issue arc that focuses on a mysterious woman who seems to have her own political agenda and tries to take a page from The Great Machine’s history. 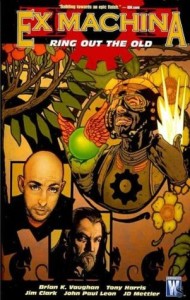 This issue is priceless. The mayor is getting his own graphic novel biography and it stars the writer of this series, Brian K. Vaughan. He pokes fun at the convention of comics and a few fellow creators. 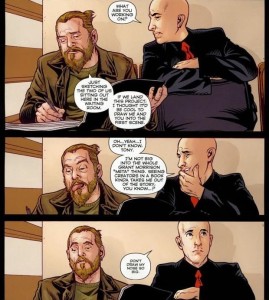 I also love that one of the characters mistakes him for Brian Michael Bendis. It’s hilarious. 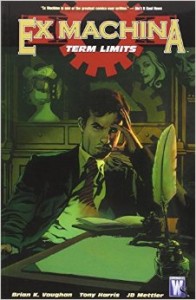 The saga of The Great Machine comes to an epic conclusion in this volume. I really wasn’t expecting that.

I don’t think the mayor was expecting to put his old costume on again either. It turns out though, that The Great Machine was needed for one final mission. It feels a little too final though. Mayor Hundred completely abandons the costumed hero game and continues to set his sights on the political realm.

I would love to know what happens next, but this is the final story of this graphic novel series. It’s too bad too, it was a great read. 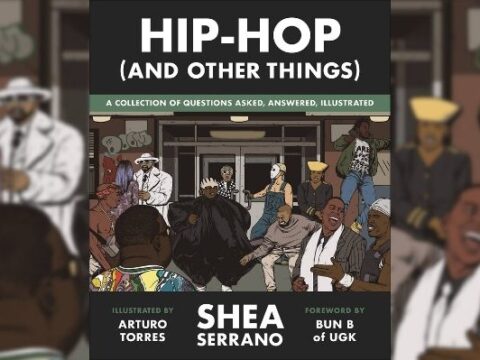 Other Things (and Hip-Hop Too)

Ideas Float, Grab Them While You Can