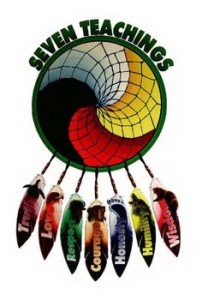 I have never liked the term Indian Giver. Not only is it racist, it is wholly inaccurate.

The First Nations People weren’t in the practice of giving presents and then taking them back. There was a cycle that was observed and for those outside of the culture, it was a little hard to understand.

I never really got it until I read Amanda Palmer’s The Art of Asking.

In it, she retells the story of The Gift by Lewis Hyde. He speaks of “the commerce of the creative spirit.”

Apparently, Tribal Chiefs would share a pipe of tobacco with their guest and then offer the pipe as a symbolic peace offering. It was never meant to be a gift that the guest would hold onto forever. The pipe would be “continually regifted from tribe to tribe, never really ‘belonging’ to anybody.” The Englishman would be confused by this. He thought the pipe was a gift and was insulted when the next tribal leader came over to his house and seem to expect to be given the pipe.

The opposite of “Indian Giver” would be something like “white man keeper” . . . that is, a person whose instinct is to remove property from circulation . . . The Indian giver (or the original one, at any rate) understood a cardinal property of the gift: whatever we have been given is supposed to be given away again, no kept . . . The only essential is this:

The gift must always move.

What a great sentiment!

Out With the Old (Cassettes & CDs)