The Fifth Beatle: The Brian Epstein Story is an award-winning graphic novel from the creative team of Vivek J. Tiwart, Andrew C. Robinson, and Kyle Baker.

I love The Beatles but wasn’t really aware of how much their manager did for them. It’s nice to get a behind-the-scenes telling of his story. It’s also cool to see how he believed that they would be bigger than Elvis and he didn’t stop until they actually were.

One of the key things he did was to dress them in suits and give them matching haircuts. He also told them that they needed to stop swearing on stage. The Beatles did that? Really? I was shocked to read it.

The Beatles are absolutely legendary but might not have achieved that status without the help, guidance, and determination of Brain Epstein. 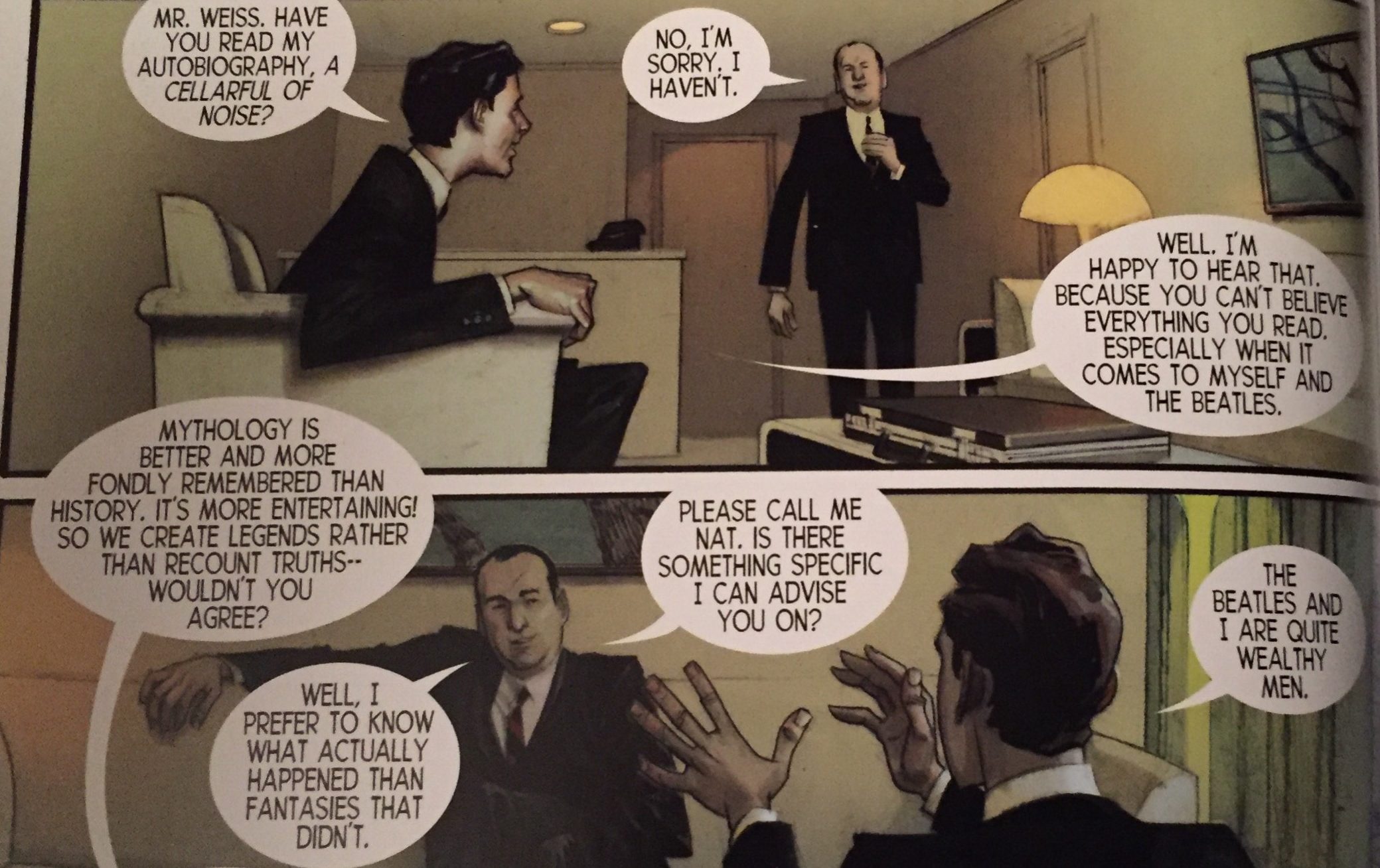 “Mythology is better and more fondly remembered than history. It’s more entertaining! So we create legends rather than recount truths–wouldn’t you agree?”

It is credited to Nat Weiss and I have to hope that it is accurate. Often in narrative biography, the writer has to invent certain parts of the dialogue because the conversations were never recorded. The authors have to piece together recollections to create something that is hopefully in line with what actually happened.

There are quite a few Beatles historians in the world and I doubt that this book could have seen the light of day if it were terribly inaccurate.

We Should All Be Feminists