My brother bought me the first trade paperback of Animal Man last year for Christmas and I was immediately drawn into the fictional world.

I read Volume 2 of the book as well but only just got around to reading the complete series. 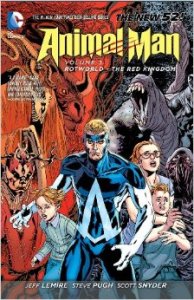 Animal Man is the protector of The Red, the force of all animal life.

Swamp Thing is the protector of the Green, the force of all plant life.

The Rot, is death and decay.

Throughout time, the three forces have maintained a delicate balance. But when The Rot invades and starts to terrorize the earth, Animal Man and Swamp Thing must join forces to push the evil force back.

Things aren’t that easy! Animal Man’s daughter now has the power of the animal kingdom as well. She is the new avatar for The Red and The Rot will stop at nothing to have that power.

This is not a family story despite the importance of family in it. It is a horror comic, combined with a super-hero tale. It’s a compelling read and I must say that I have really enjoyed reading the entire series. 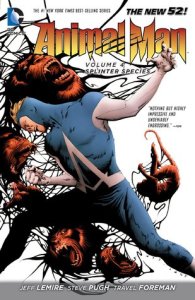 They won the battle in the last volume, but in the process, Animal Man’s family has been torn apart.

He is at a very low spot in his life, and wants nothing more that to be left alone. However, the papparazzi, desperate for a story, and an evil force determined to enter the Red Kingdom and possess that power, won’t leave him or his family alone.

Maxine is also trying to develop her powers further to reunite her splintered family. We get a break from the horror for a little bit in this volume and it is a nice respite, however brief. 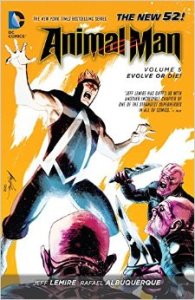 I like when we can get closure in a story, whether it be in a novel, film, or comic book. It makes the series all the more worthwhile. And this tale didn’t disappoint.

I highly recommend all five issues of this series.

Transformers: In the End there is Chaos

The Story Behind Walk This Way 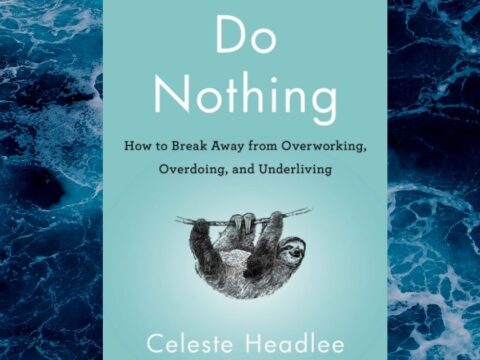 We All Need Time to Do Nothing