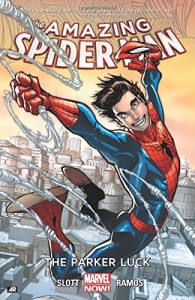 Doc Ock had control of Peter Parker’s life for nearly two years, but Parker is back now and has a new lease on life. He isn;t taken anything for granted. A lot of things have changed in his absence. He now has a doctorate, his own company, and a girl-friend he doesn’t know about. But perhaps, just perhaps, he is the luckiest guy on the planet. 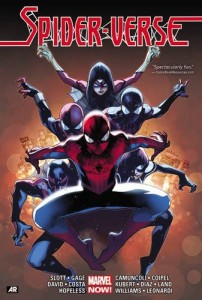 I already wrote about this mega-event here. 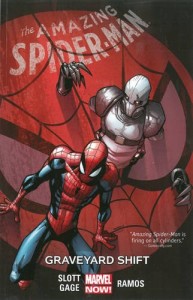 A villain has invaded Parker Industries and he is intent on not only destroying the building but also the company. But with all the Spider-Man tech in the building, he is sure to have a fight on his hands. 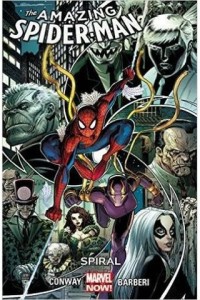 This graphic novel collects the special side story that ran in Amazing Spider-Man 16.1 – 20.1. It is a sequel to the Shadowland arc that started in Daredevil and had huge repercussions in the Marvel Universe.

Everyone is trying to establish a strong-hold in the world of crime due to Kingpin’s absence. Black Cat is really angry at Spider-Man for how he treated her when Doc Ock was in control of his body. Peter is still trying to see the good in her and in his super-hero friend, Wraith. But maybe his vision is a little blinded here. 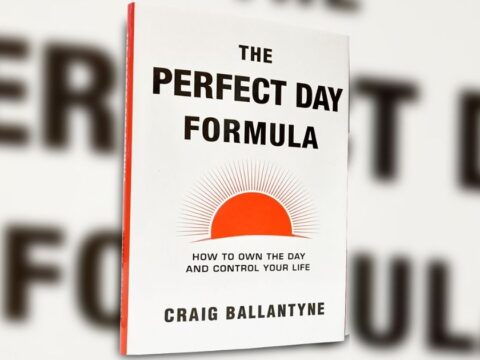 Looking Back to help Look Forward