Tessa & Scott: Our Journey from Childhood Dream to Gold by Tessa Virtue and Scott Moir with Steve Milton

Their list of statistical accomplishments is extraordinarily lengthy: they set the world record for the free dance three times, for the short dance eight times, and for total points seven times, including on the very last day of their competitive career. They were the first skaters to receive a perfect 10.0 under the revamped ISU scoring system, the youngest ice dancers and first team from North America to win Olympic gold, and the first world junior champions to win the Olympics with the same partnership. And it goes on and on.

I never tire of watching them skate. They are brilliant, both on and off the ice. If you have ever seen them in the Olympics, World Championships, or local arena tours, you will love this book. It is full of great stories and pictures of their historic rise to being the best skating pair of all-time.

I was shocked to learn of some of the set-backs they had and how they were able to push through all of that. They had their eyes on what they wanted to accomplish and didn’t stop till they surpassed their goals.

I was fortunate enough to get their autographs a few years back. 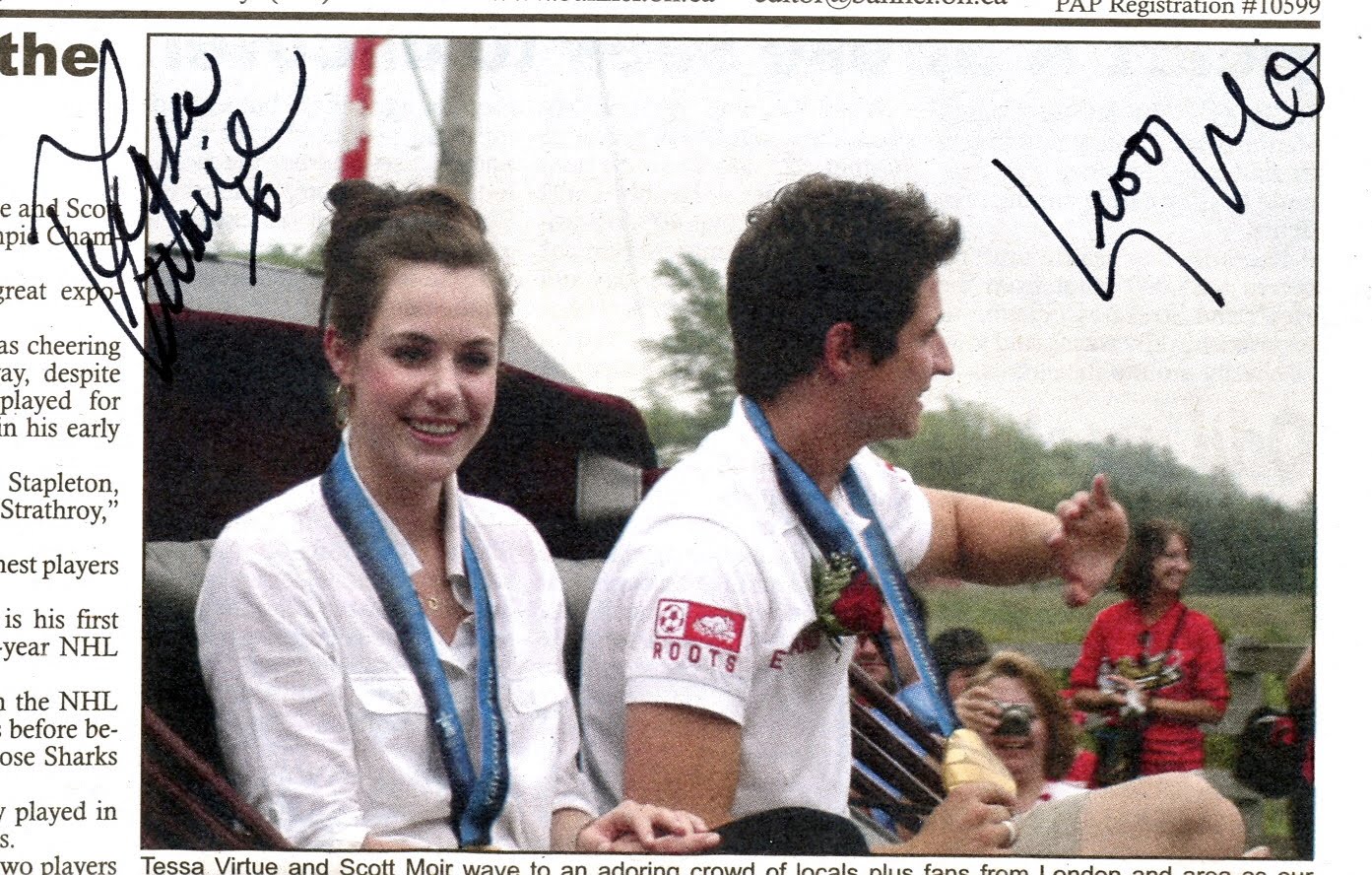 I also had the chance to interview them for the local newspaper. It was such an honour to spend some time with them and write this article.

With this book, it felt like I was able to spend more time with them. Steve Milton does a great job of telling their story with exclusive interview quotes, never before seen pictures, and he pulls back the curtain to reveal some of the hardships and sacrifice they had to endure to become world champions.

I read the second, expanded edition. You can see the cover image of it at the top of the post, as well as two of the photos featured in these pages. It was a great read that I am sure you will enjoy too!

Don’t Plan Everything (Freestyling and Pantsing)