I went to a corn maze on the weekend with a group of friends. Perhaps, that wasn’t such a good idea.

We were warned that it was a little wet back there. We were prepared for a little mud. Little, being the operative word. After all, that is part of the fun right?

Little did we know that that warning was a bit of an understatement. 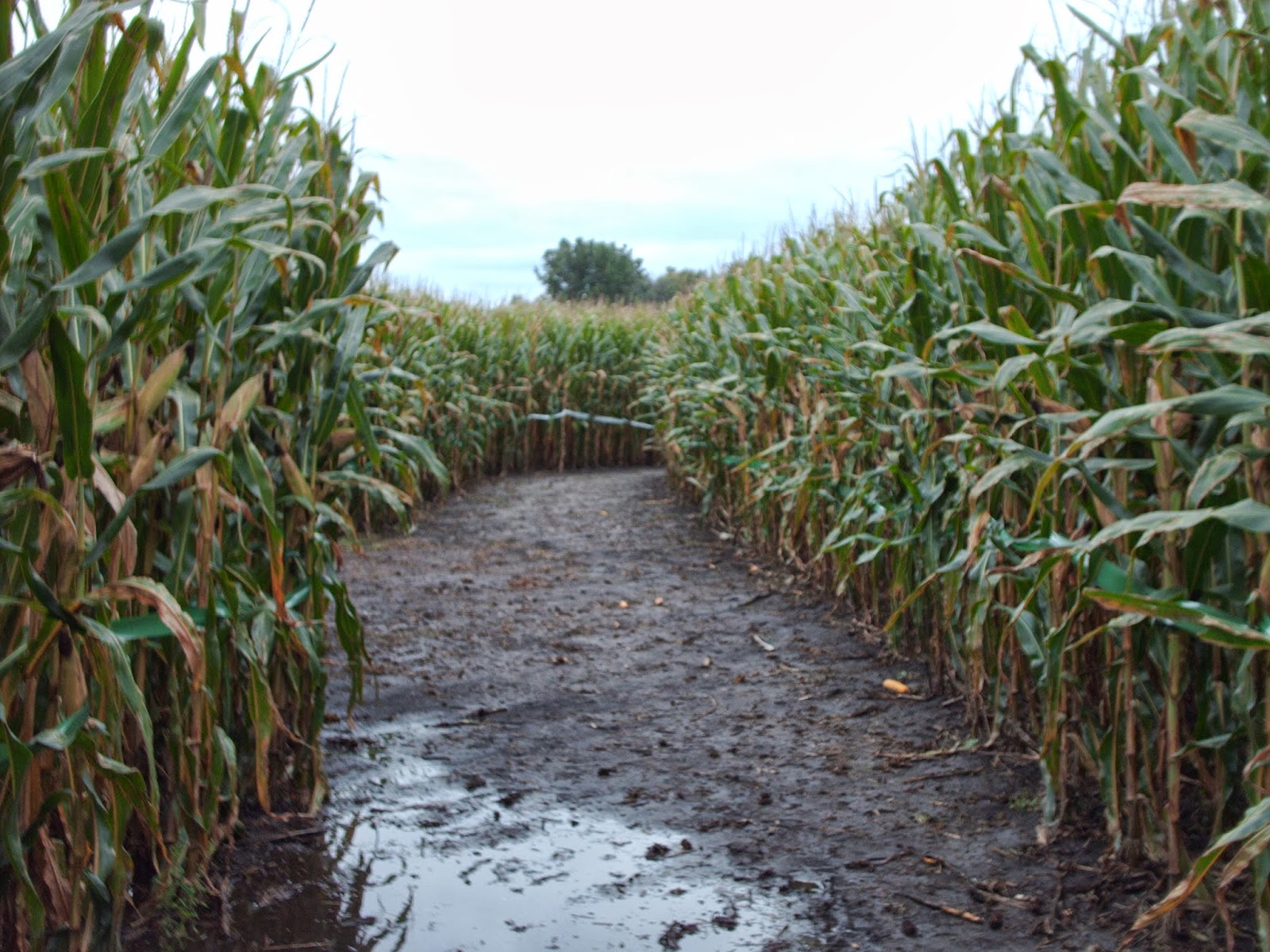 The maze was mostly dry for the start of our journey. There was a puddle here or there but it was pretty easy to navigate around those.

We got lost and ended up going in circles for about ten minutes. Then one person broke the rule of corn mazes and cut through a thin line of corn. Maybe that was our second mistake.

We got to a section of the maze that was completed covered in water. We tip-toed through that portion of the maze just fine . . . but when we got around the corner, we ran into this. 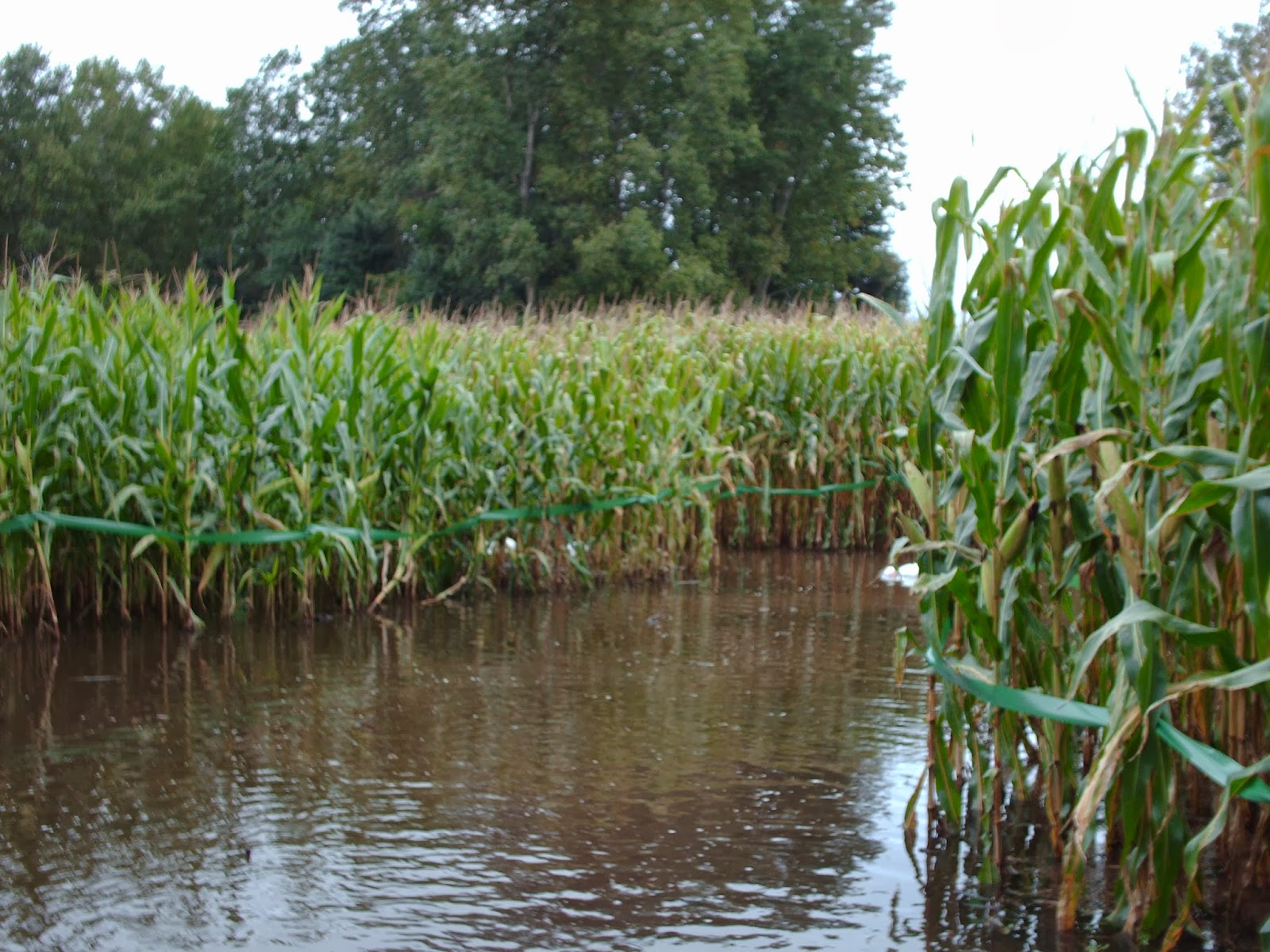 We knew that the green tape lead the way out of the maze. And since we were all a little bit tired at this point, we decided to trudge through the water.

The water was so deep, it went half way up my leg. It was cold too. We hoped that just around the corner we would come up on dry land. No such luck.

Every time we turned a corner, the flooded pathway stretched out for us even longer. It looked like there was no end in site.

By this point, I am cold and miserable but I can’t stop laughing. I have never been in this kind of a predicament before. It was kind of fun.

So, we turned around and trudged back through the cold, deep water and found our way out in about fifteen minutes.

That was some adventure. We almost could have swam through this corn maze.

I should have known better too.

Note to self – Don’t go to a corn maze after two solid days of rain. 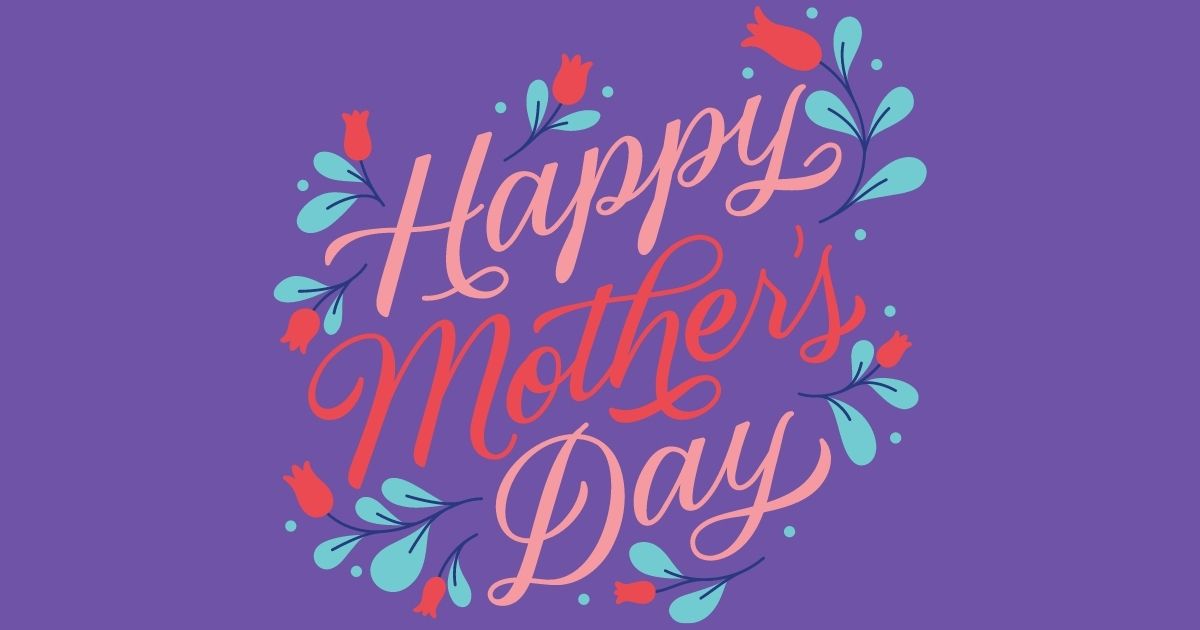 Missed It By "That Much"

INTRODUCING. . . Sweethearts of the Galaxy