Last night, I finally got to see Sweatshop Union perform. I have been a big fan of this independent hip-hop group since I discovered their second album Natural Progression. 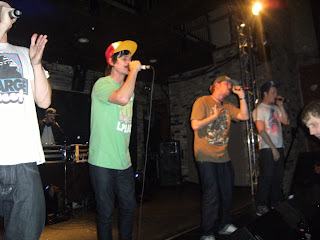 They put on an amazing set and energized the crowd from beginning to end. They played hits  from all four of their albums including their current single “High Grade.”

All of the group members had such energy and presence on the stage. They put on an amazing show and complemented each other perfectly. You can easily tell that they are seasoned veterans in hip-hop. 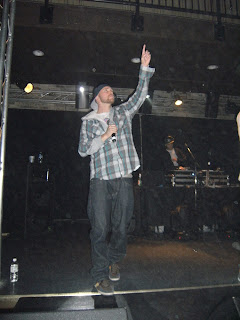 Kyprios completely left me in awe last night. He had such energy on stage. It was awesome to see him performing hits with the group as well as his solo material.

There are parts of his song I Got News where he raps so fast, I can’t even catch up to him. Well, last night, the beat sounded more hype than the one on the record, and when it came to those sections in the song, Kyprios was running frantically on the spot as he delivered his lines perfectly.

It’s all I can say about it.

Sweatshop Union finished off the show with two of their biggest hits,

It was a great concert! Although, I was disappointed in one thing about the show – the turnout. Where were the fans?

Sweatshop Union are one of the best groups out in hip-hop right now. In my humble opinion, they are the best rap group that Canada has ever produced. I know some people might debate me on this, but bring it on. They’ve had four amazing albums, Kyprios has dropped some amazing gems, and the groups are all working on their own material now as well. They have amazing videos and a great stage show. What’s not to love?

I’m disappointed that more people weren’t out to support this amazing group. It’s a sad commentary on hip-hop right now. But even that couldn’t bring me down from such a great night. 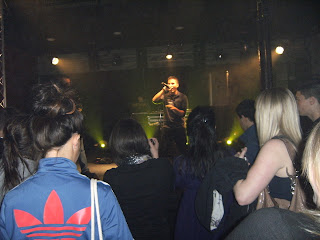 High Society opened up the show and brought with them a legion of young fans.  I thought they were just a local, young group and was ready to write them off. That is until Bryan Strang started to sing.

I must say that this group really surprised me. Cassius had some nice rhymes and was backed up nicely by Bryan, who sang all the hooks. They were a bit hit and miss on the production tip but their stage presence and show were quite good.

You can check the out on their myspace page. It is very nicely designed and both members are also on Twitter. 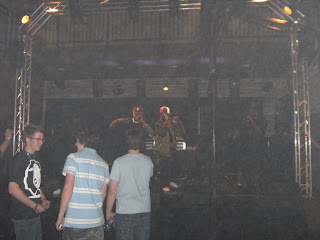 Next up on the bill was London, Ontario’s The Black Knights. I had heard of them from CIXX 106.9 FM but wasn’t really feeling them. Their set did little to change my opinion. They almost won me over with a nicely sung reggae accapella. It would’ve been really good if they had not settled into the tired pro-weed lyrics that too many hip hop artists seem to be all about these days.
Fortunately Jason Jones came out and warmed up the stage properly for the headlining act. I’ll have to look out for his stuff in the future. It was nice.
Overall, it was a great show. The members of the Sweatshop Union all came out to mingle with the crowd after their amazing performance. I was able to get all of their autographs. They were really down to earth guys. It was a great way to cap off a great night.
Check out the interview I did with Sweatshop Union a few months ago for Dope FM.
Kyprios will be releasing his follow-up solo album in the near future. I can’t wait for that project. He agreed to an interview when the album drops so stayed tuned here for that as well.
In the meantime, check out these sites and make sure that if these guys are ever playing in your area that you go check them out. You won’t be disappointed.
http://sweatshopunion.com/