It’s time for another Scrabble story.

My wife and I started playing Super Scrabble by keeping the game board set up and playing one word (or more) a day. It’s a similar concept to the correspondence games people play online. I used to play chess this way with my dad (Rest in Peace, Dad). 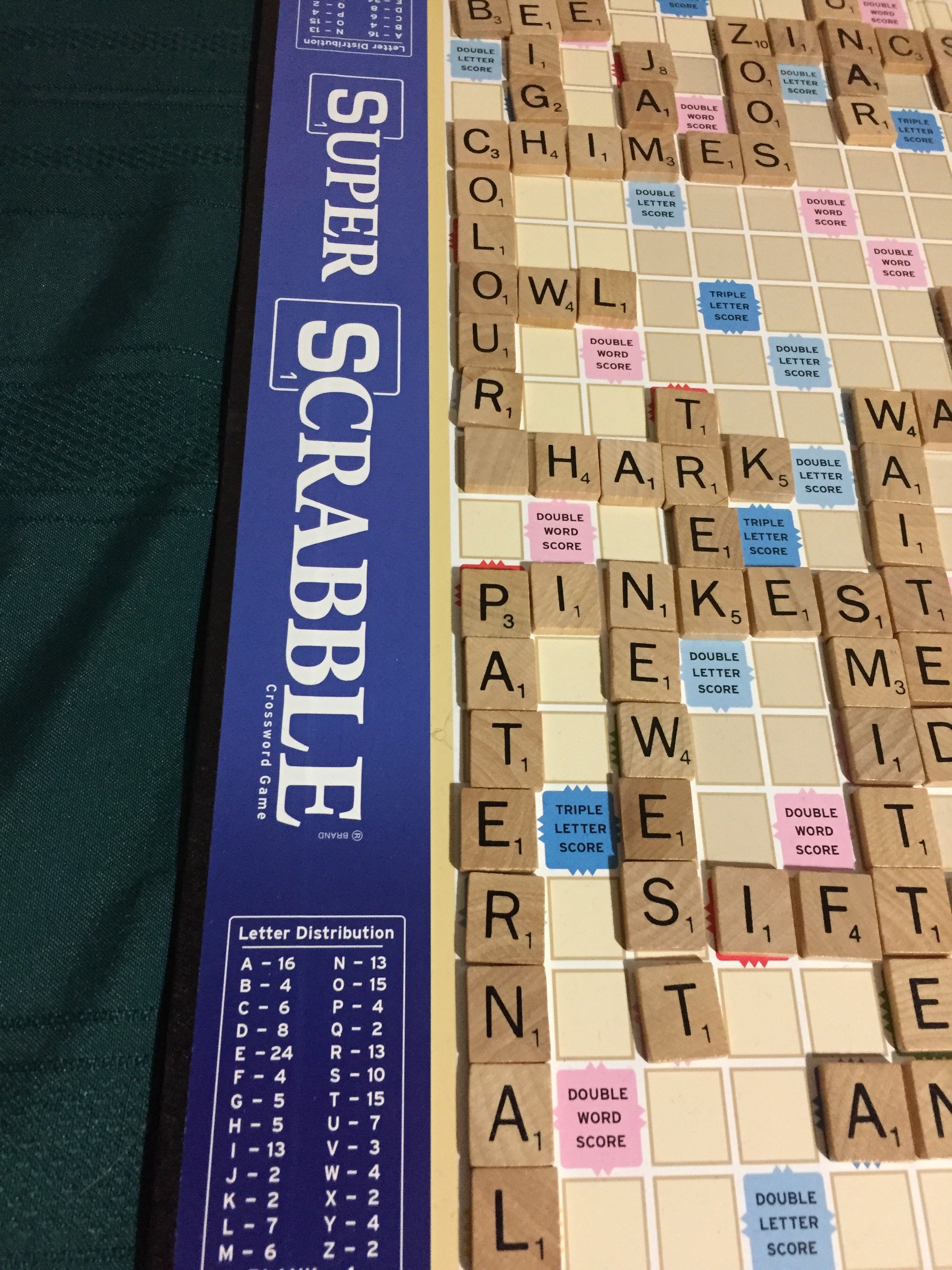 This round of Super Scrabble was special because both of us managed to play a word that used 7 tiles. I played “colours” and “shark” in a single turn that racked up 104 points.

Diana played “paternal” towards then end of the game for a total of 94 points.

It helped that I got a triple word bonus and she got a quadruple word one. That plus the 50 extra points for using 7 tiles in a single play helped us reach our highest scores yet.

I don’t think I’ve ever played a game where more than one person has used seven tiles in one turn. And even when it did happen, it was quite rare. 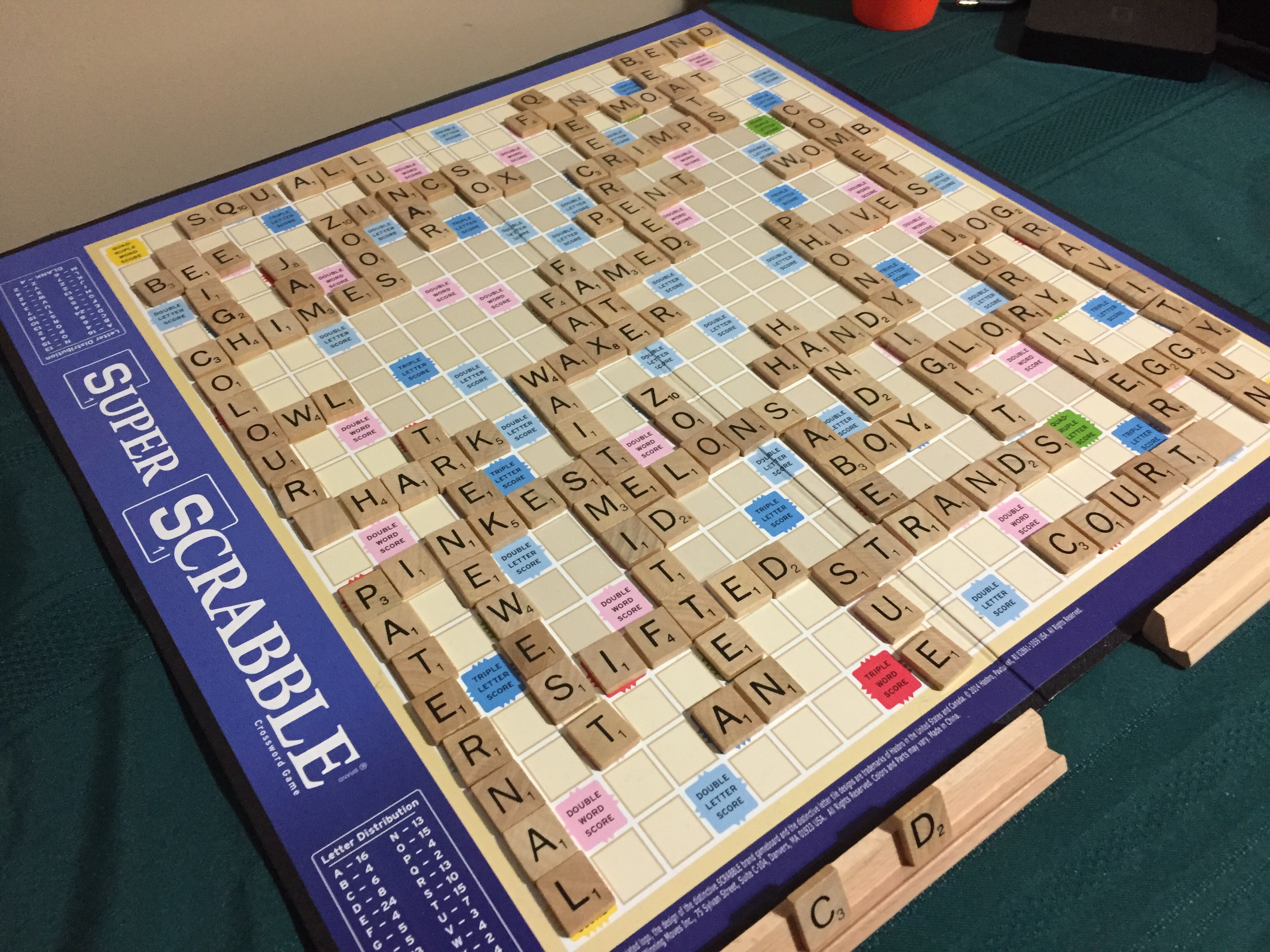 Here’s what the final board looked like. I lost 5 points for having those two letters left on my rack when Diana went out.

And here is the final score.

That was a close one. And lots of fun. Round 3 is currently underway. This is fun!