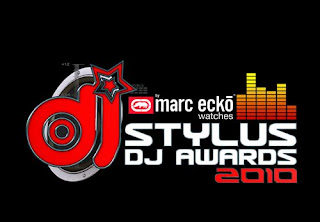 The Stylus DJ Awards were held this past Monday at the Queen Elizabeth Theatre on the CNE Grounds in Toronto. I was there with a media pass and was just amazed to be around some of the country’s most influential DJs and artists.

Of course, all of the best DJs and producers were there but so were some great MCs, comedians, and all sorts of celebrities. There were so many members of the media there that I was just in awe to be amongst them. It was being covered for television, magazines, newspapers, and of course we were there representing our radio show, DOPEfm.
I had the opportunity to interview
DJ Jester – winner of the College Radio Show of the Year for The Worldwide Wakeup Show
DJ Chief – winner of the College Radio Show of the Year for The Worldwide Wakeup Show
Danny D – winner of the Club Dance DJ of the Year
Lissa Monet – winner of the Female DJ of the Year
Boi 1da – winner of Canadian Producer of the Year
Cadence Weapon – who accepted a posthumous Hall of Fame Award on behalf of his father T.E.D.D.Y
Rochester aka Juice – MC / producer
Slakah the Beatchild – producer
Tingsek – Soul artist / producer
Future – MC / reggae artist
Shaun Boothe – MC / biographer
Shaun Boothe performed last night in London when he opened up and shared the stage with Reflection Eternal. He is currently on tour with the group and is performing TONIGHT in Toronto. I went to the London show last night and it really was amazing. If you get the chance to go to a show on this tour, do yourself a favour and go. And once you the concert lets out, remember to tune into DOPEfm on 93.3 CFMU or stream us at http://cfmu.msumcmaster.ca/ starting at midnight and running through till the morning.
Please tune in to DOPEfm to hear our coverage of the 2010 Stylus DJ Awards. You can also stream the interviews with the player below. If you click on the links above, you can  read the transcripts of the interviews and get links to the podcasts that you can download for free. Thanks!